July 1985: Huey Lewis and The News Go Back to the Future on "The Power of Love" 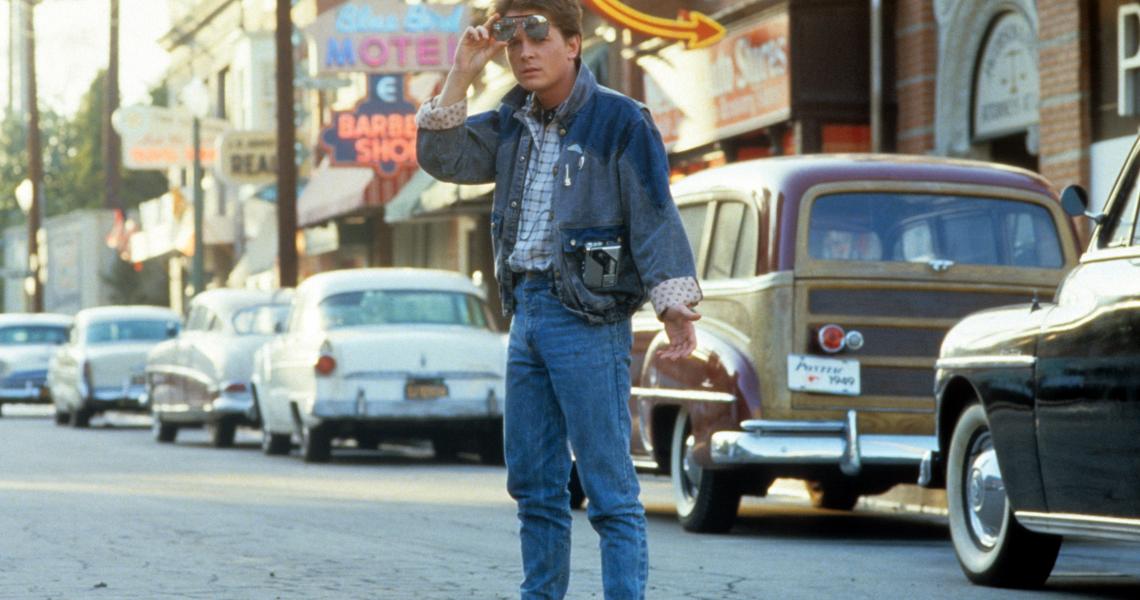 Just like the wild-eyed Doc Brown of Back to the Future fame, Huey Lewis and The News had to do a lot of calculations to get their first No. 1 hit - but when they did, it took off faster than a DeLorean going 88 miles per hour.

Fresh off the success of breakthrough album Sports, which spun off four Top 10 hits across 1983 and 1984, the San Francisco rockers next released "The Power of Love," one of two tracks written for the Michael J. Fox-starring sci-fi comedy about a teenager accidentally sent 30 years into the past, where he meets his parents by mistake. The Steven Spielberg-produced, Robert Zemeckis-directed film was the top-grossing blockbuster of 1985, spinning off two sequels, a Saturday morning cartoon, a comic book series and millions of dollars in merchandise.

Though Lewis already had a checkered past with movie soundtracks - he famously sued Ray Parker Jr., claiming 1984's "Ghostbusters" sounded too similar to their hit "I Want a New Drug" - he was intrigued by Zemeckis' pitch for the film. "We just wrote this movie," the director recounted in the excellent BTTF retrospective We Don't Need Roads. "The lead character is this guy named Marty McFly, and his favorite band would be Huey Lewis and The News."

Amazingly, Lewis almost passed on the opportunity. "I said, 'I’m flattered, but I don’t know how to write for film,'" he recounted to USA Today in 2015. "Plus, I didn’t fancy writing a song called Back to the Future." He changed his mind after being assured that the production would take any of his submissions. Though the director and singer have publicly differed on what happened next - Lewis maintains "The Power of Love" was the band's first submission, while Zemeckis claims it was their second - the upbeat track was a perfect match for Marty's every-kid energy.

The team behind Back to the Future was so excited about the track that they commissioned another from The News ("Back in Time," which played over the film's closing credits) and even fit in time to film an uncredited cameo by Huey, where he lamely turns down Marty's band, The Pinheads, during tryouts for a school dance. (Lewis allegedly based his tweedy wardrobe and geeky portrayal on the president of his record label.)

"The Power of Love" became a smash shortly after its release. It topped the Billboard Hot 100 for two weeks in August 1985 - the band's first single to do so - and earned an Oscar nomination for Best Original Song. Both "The Power of Love" and "Back in Time" were staples of Huey's live sets until the singer was sidelined from touring in 2018 due to a battle with Ménière's disease. In 2020, the group released Weather, their first album of new material in nearly 20 years, recorded before Lewis' hearing was challenged.