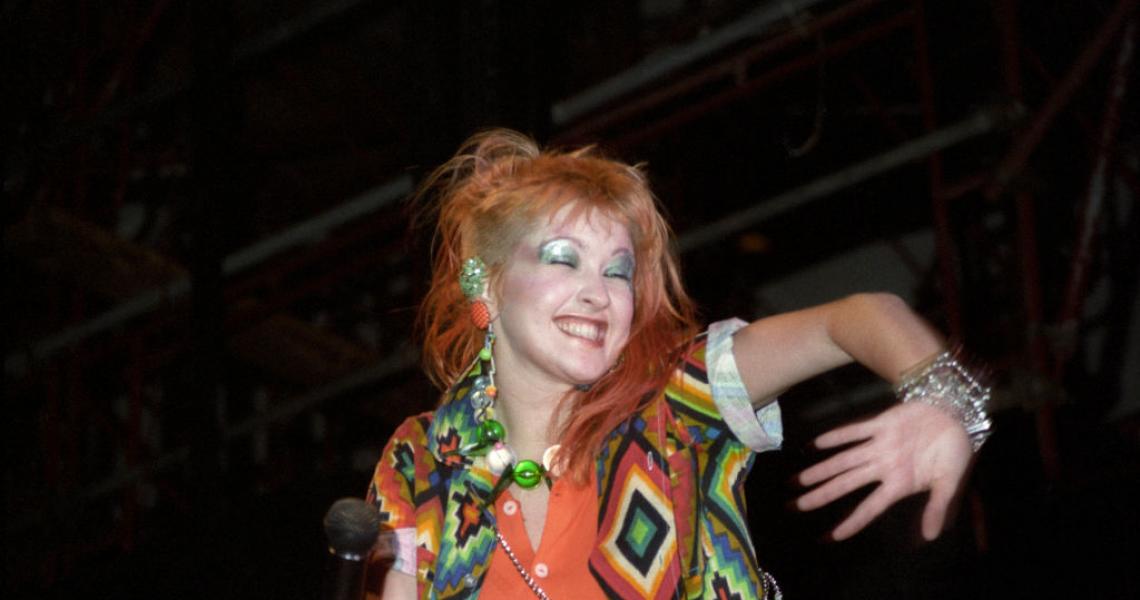 By the summer of 1984, Cyndi Lauper was a rising star, and America's quirky new pop darling. With two smash hits under her belt--"Girls Just Wanna Have Fun" and "Time After Time--the singer took a risque left turn with the third single from her debut album, She's So Unusual, by releasing "She Bop."

"She Bop" barely made the "Filthy 15," coming in at #15. The #1 song: Prince's "Darling Nikki," from Purple Rain. Also making the list: Madonna's "Dress You Up," Twisted Sister's "We're Not Gonna Take It," and the Prince-penned Sheena Easton tune, "Sugar Walls."

"I kept saying, 'Look, I don’t wanna mention anything to do with hands,'" Lauper told Vice in 2016 about making the track. "I want little kids to think it's about dance and grown-ups to have a chuckle when they hear it. That's how I wanted it so that's how we did it."