January 1984: Huey Lewis and the News Hook America with "I Want a New Drug" 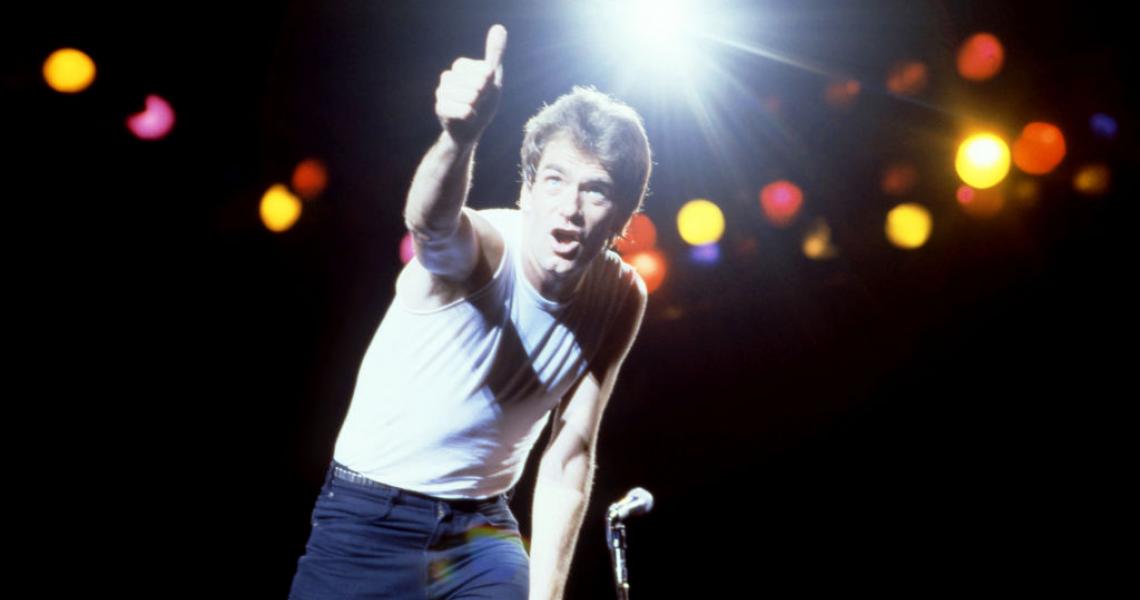 Huey Lewis and the News had already seen some success by early 1984. "Heart and Soul," the first single from the group's third full-length, Sports (1983), had cracked the Top 10, peaking at #8. So hopes were high when it came time to share the album's second single, "I Want a New Drug."

The song came to life one day when Huey was driving to meet with his attorney, quickly scribbling down the idea when he arrived.

"It's really a love song. It's not a pro-drug song; it's not really even an anti-drug song. The word drug sort of gets your attention," Lewis explained of the metaphor to Song Hits in 1984. "But I think in love relationships there's more than 'I want you' or 'I need you' kind of thing."

"I Want a New Drug" was released as a single on January 3, 1984. The song arrived with a colorful music video featuring the city of San Francisco and the actress Signy Coleman, who'd also starred in the clip for "Heart and Soul." For "I Want a New Drug," Coleman was spotlighted during a concert sequence in the clip, which would prove to be a harrowing moment for the young actress.

"The concert footage in it was real concert footage. Girls who are Huey fans are hardcore Huey fans," Coleman revealed to Noblemania in 2013. "Right before they were about to start, they walked me across the stage and put me dead center. There were girls in the front row of the audience who had all kinds of unladylike things to say to me. I won’t repeat them! The crew had to handpick a group of people to surround me so I didn’t get my hair ripped out, particularly when Huey leaned in to kiss me."