January 1983: Bob Ross Captivates America with "The Joy of Painting" 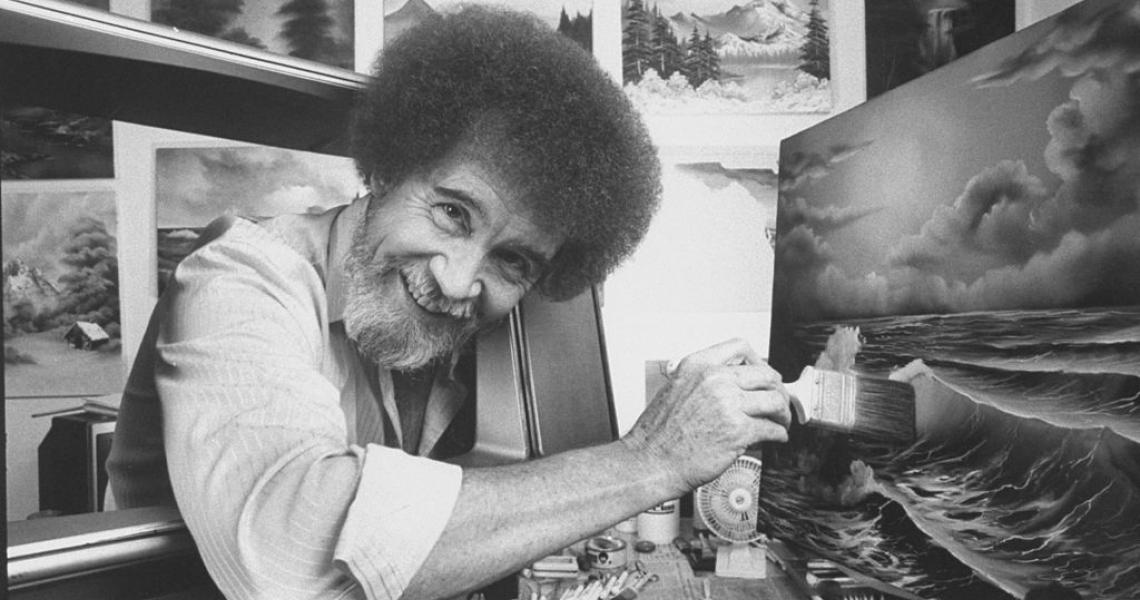 Before there were Calm Sleep Stories or the Breathe app, there was Bob Ross. The poetic verbiage and soothing tones of the late painting instructor made him a lifelong inspiration for the masses.

In January 1983, Bob Ross made his debut with "The Joy of Painting" on PBS. With his soothing voice and trademark afro perm, Ross quickly adopted a cult following of both painters and viewers who simply couldn't resist his hypnotic aura.

"We don't make mistakes. We just have happy accidents," smiled Ross as he effortlessly brushed his way into a full landscape, complete with Ross' classic catchphrase "happy little trees" under 30 minutes.

Running until 1994, "The Joy of Painting" launched the status of the soft-spoken Ross into not only one of the most popular paints on TV, but a heroic pop culture force. The Bob Ross experience was more than a painting class - for many, his 26-minute episodes  were equal parts lessons in art, part entertainment and part tranquilizing therapy.

Ross not only shared his love of painting with the world on his show, but his fondness of animals as well. Occasionally, Ross would bring along a cute little animal companion he was nursing, including Peapod the Pocket Squirrel, Peapod Jr., Hoot the Owl, baby robins, Chimney Swifts, a Sherman's fox squirrel named Litle Bit, a great horned owl, a sandhill crane, a baby raccoon and a handful more.

As a demi-god of nostalgia, perhaps most striking about Ross was his magical ability to have achieved Internet immortality, maintaining a loyal following decades after his show first aired. Although Ross passed away from lymphoma at the age of 52 in 1995, Ross remains viral today, with his fanbase expanded to all corners of the Internet. A modern day community has fallen in love with his mellowed out demeanor, his engaging positivity and his ever-present, intimate connection he conveyed (from his basement!) to his audience.