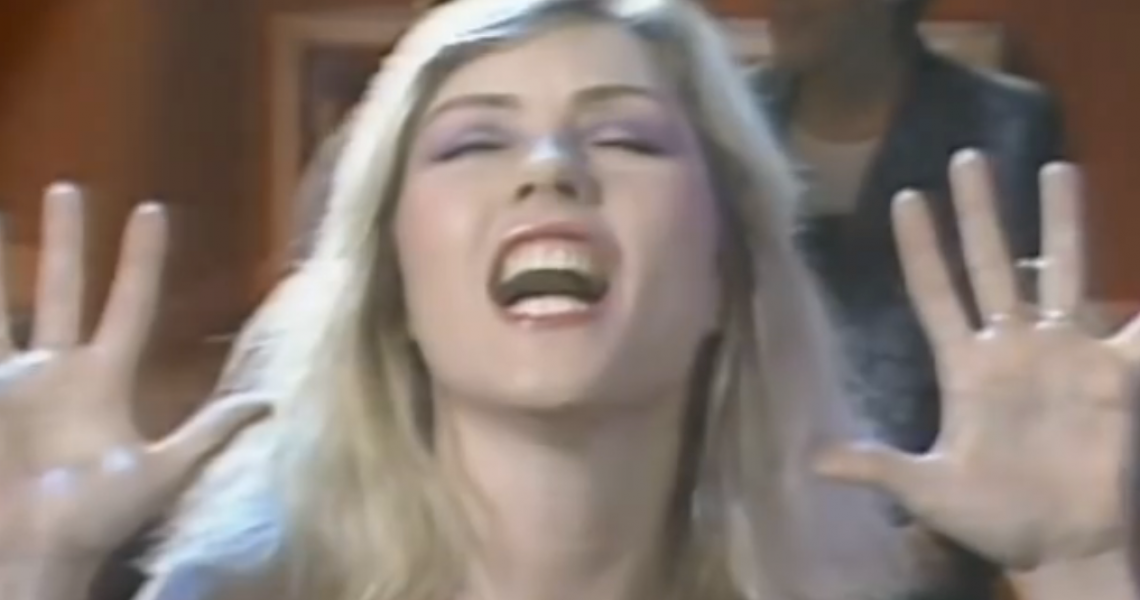 It was on January 12, 1981, when Blondie released thw second single from the band's Autoamerican album: "Rapture." The group was still riding high on the trajectory of the lead track, the reggae-flavored "The Tide is High," which had hit #1. Debbie Harry and company turned their attention to the burgeoning New York hip-hop scene of the very early 1980s. With underground icon Fab 5 Freddy as their guide, Blondie soaked up enough of the scene to craft their own version of the new sound. Featuring a decidedly hip-hop-heavy music video boasting appearances by Freddy, late art pioneer Jean-Michel Basquiat, and dancer/choreographer William Barnes, "Rapture" followed "The Tide is High" right up the charts to peak at the #1 position for the week of March 28, 1981. It held the top spot for two weeks in a row, toppled on April 10, 1981, by Hall and Oates' "Kiss on My List."