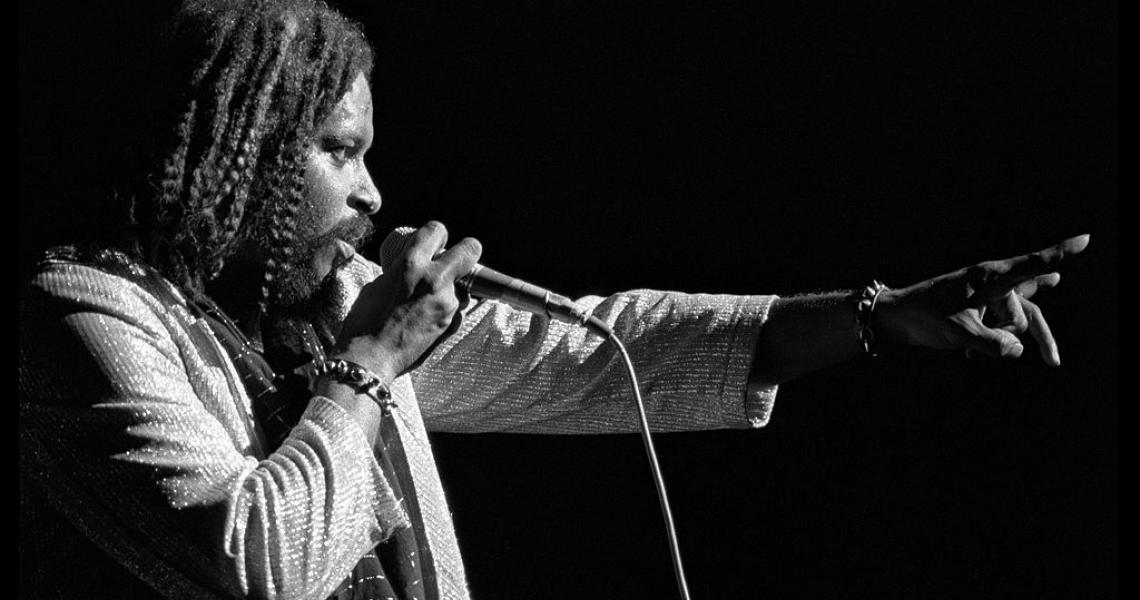 James Mtume, a jazz-funk multi-hyphenate who provided the backbone for one of The Notorious B.I.G.'s breakthrough songs, died Sunday (Jan. 9). He was 75 years old. No cause of death was given.

Mtume ("em-too-may"), born James Heath, Jr. in Philadelphia, was the son of jazz saxophonist Jimmy Heath; his stepfather, James "Hen Gates" Forman, played piano with Charlie Parker and introduced his stepson to many jazz legends as a child. He wouldn't immediately pursue music himself, though; he went to college on a swimming scholarship and later spent time working with the US Organization, a Black empowerment collective that celebrated the first Kwanzaa. (It was through US that he took on his best-known surname, the Swahili word for "messenger.")

Before striking out on his own as a bandleader, Mtume was an in-demand jazz percussionist. He notably played with Miles Davis, McCoy Tyner and Freddie Hubbard throughout the '70s. In Mtume's band of the same name, he sang and played multiple instruments, notably keyboards. Their biggest hit, 1983's No. 1 R&B hit "Juicy Fruit," would become Mtume's signature song.

More than a decade after its release, producers Jean-Claude "Poke" Oliver and Sean "Puffy" Combs would flip the tracks "Fruity Instrumental" mix off the 12" into the backbone of "Juicy," the lead single off The Notorious B.I.G.'s acclaimed debut Ready to Die. The marriage of the sample and Biggie's commanding voice and lyrics created what is inarguably one of the greatest songs in hip-hop history.

Mtume and guitarist Reggie Lucas also collaborated on writing and producing for others. Their biggest hits included the Grammy-winning "Never Knew Love Like This Before" for Stephanie Mills and "The Closer I Get to You," sung by both Roberta Flack and Donny Hathaway as well as Beyoncé and Luther Vandross.