February 1981: David Byrne and Brian Eno Team Up on 'My Life in the Bush of Ghosts' 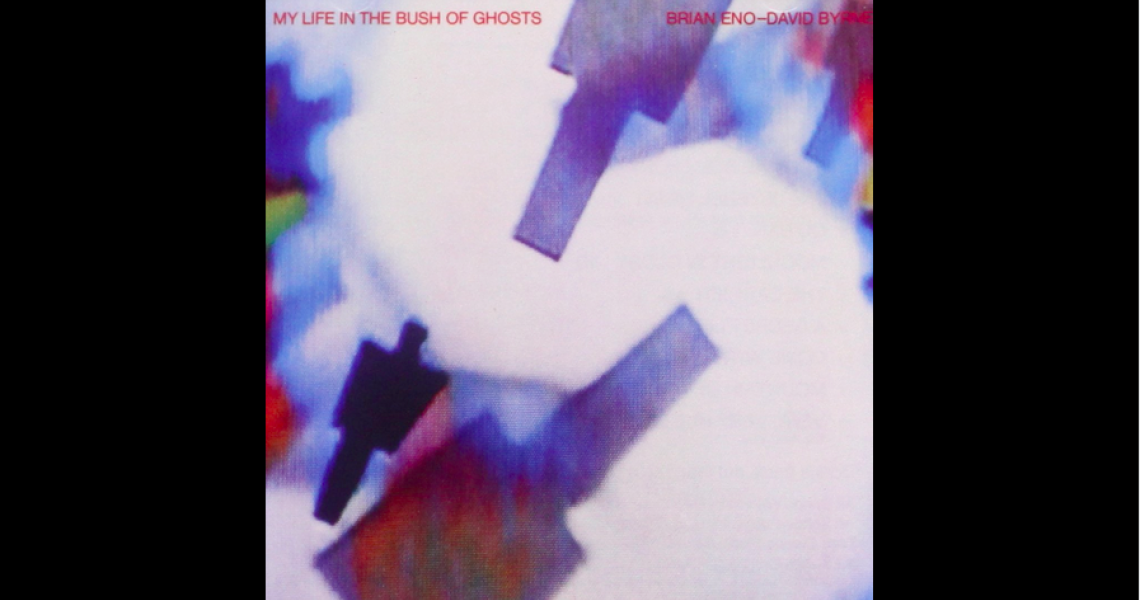 Hey, kids! Remember that musician who guest-starred in the Netflix special John Mulaney and the Sack Lunch Bunch? Well, his name is David Byrne, and you may shocked and stunned to learn that he’s done more in his career than just that one special.

Yes, it’s true: he was formerly the lead singer of the band Talking Heads, and beyond that he’s also had a fine, upstanding career as a solo artist. Even beyond that, though, Byrne has had a number of collaborations with a fellow by the name of Brian Eno, who you obviously know best from his 2011 appearance on The Colbert Report, but here’s a fun fact: he was also a member of the seminal ‘70s band Roxy Music and - true story - he’s also known as a producer as well as one of the key figures in the ambient music movement!

Okay, we’ve worn this joke into the ground (and then some), so let’s get to talking about the topic at hand, which is arguably the most famous musical collaboration between Byrne and Eno: 1981's My Life in the Bush of Ghosts.

By ’81, Eno had already produced two albums for Talking Heads - More Songs About Buildings and Food and Fear of Music – while in turn forging a solid working relationship with the members of the band. He and Byrne, however, were particularly copacetic together, and between the latter of those two Talking Heads production gigs and his third LP for the band (that would be Remain in Light), the twosome entered the studio and collaborated on a musical endeavor which Eno once described in a Sounds interview as a “vision of a psychedelic Africa.”

It’s definitely a unique LP, one which utilized sampling long before most other recording artists had embraced it as a concept by taking recordings from other sources and utilizing them as vocals on the music that Eno and Byrne had created. Given that it was such uncharted territory, there was a delay in the album’s release while every possible effort was made to secure the rights to utilize those other vocal tracks. It took a bit of doing, since you’re talking about nailing down usage of voices from radio call-in shows, but they pulled it off, and the results were remarkable.

Granted, My Life in the Bush of Ghosts might best be described as an acquired taste, one which critics generally tend to love more than typical music fan, but when Rolling Stone described the LP as “an undeniably awesome feat of tape editing and rhythmic ingenuity,” they were not wrong. Whether you walk away loving it or not, it’s definitely an album that you should hear.