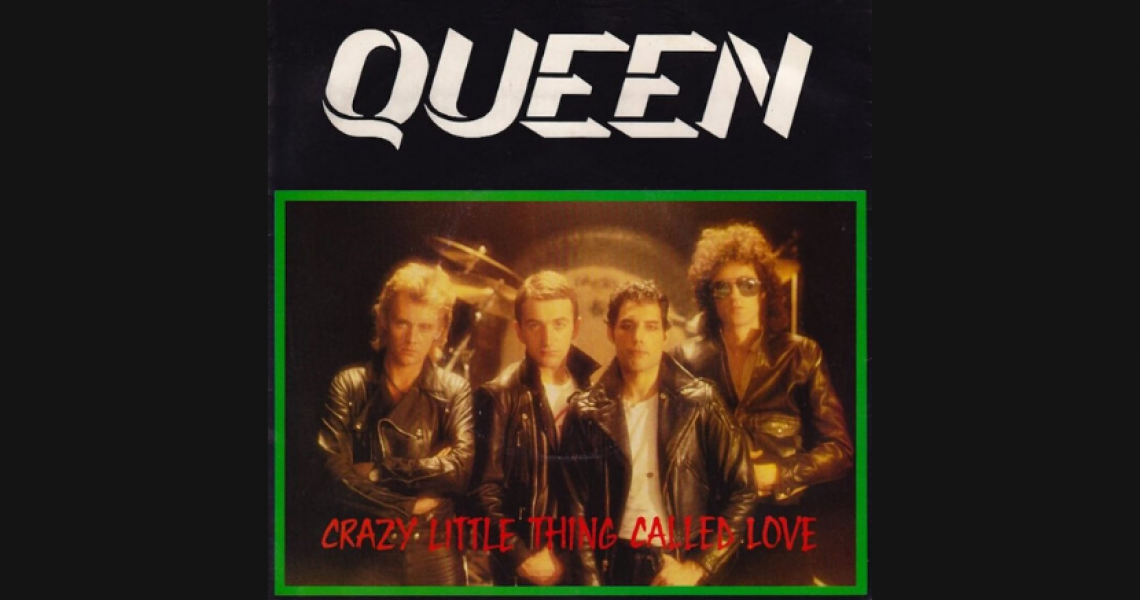 Freddie Mercury could barely play the guitar, but he sat down with the acoustic instrument in '79 and singlehandedly penned Queen's first American No. 1 hit in roughly 10 minutes. A lovey-dovey throwback to 50's rock, "Crazy Little Thing Called Love"

Following the conservative success of their 1978 release Jazz, the band began their collective brainstorm in Munich, where they quickly rushed into the studio Musicland after an idea dawned on Mercury where inspiration often hits hardest - the bathtub.

“I wrote the song languishing in my bath at the Munich Hilton,” Mercury recalled in the Billboard Book of Number One Hits, by Fred Bronson. He sprung out of the tub towards his guitar and piano to frame the melody. “We arranged [it] at band rehearsals the following day with me trying to play rhythm guitar. Everyone loved it, so we recorded it. The finished version sounded like the bathroom version.It’s not typical of my work, but that’s because nothing is typical of my work.”

Released in 1979, the single hit No. 2 on the UK Singles Chart in November, thwarted from No. 1 by Dr. Hook's "When You're In Love with a Beautiful Woman." Overseas in the states, "Crazy Little Thing Called Love" would peak at No. 1 in late February, scoring the band their first American No. 1.

In a 2011 interview, Queen's guitarist Brian May described the song as "Freddie's tribute to Elvis [Presley], in a way. He was very fond of Elvis and of Cliff [Richard]. Freddie wrote it very quickly, rushed in and put it down with the boys. By the time I got there, it was almost done. The sounds Mack managed to get were very elemental, real ambient sounds made it sound big. Everything about it is original rock 'n' roll sounding."