Echo & The Bunnymen Got Sweet on "Lips Like Sugar" 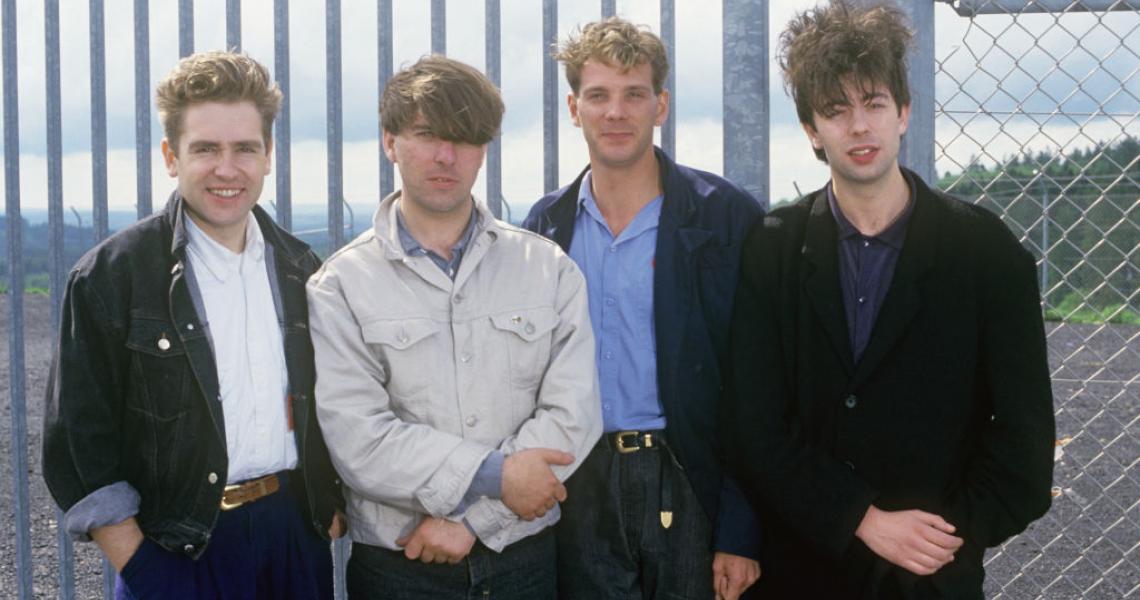 Echo & The Bunnymen were hardly unknowns when they released the song that, to Americans, is probably their most famous. In their native England, they'd scored Top 10 hits in "The Cutter" and "The Killing Moon" and placed three of their first four albums in the Top 10 at home, as well. While chart success was harder to come by in the U.S., they'd establish a fair share of "cool" credit on the soundtracks to films like Pretty in Pink ("Bring on the Dancing Horses") and The Lost Boys (a cover of The Doors' "People Are Strange").

But everything seemed to change with "Lips Like Sugar," the signature song from their fourth, self-titled album. This shimmering slice of late '80s alternative-rock blended Will Sergeant's chiming guitar and the hypnotic rhythm section of bassist Les Pattinson and drummer Pete de Freitas with the booming voice of frontman Ian McCulloch, shifting from baritone verses to a soaring chorus about an enchanting lover.

Despite the song's intoxicating sweep - and its popularity on both American college rock radio and MTV, thanks to an eye-catching video by photographer Anton Corbijn - it was, like so many hits, not something the band took terribly seriously. "It was an OK song, I suppose, but it didn't sound like us," McCulloch later admitted to Q magazine in 1992. "We just got sucked into a new mentality on that last album, the sound of Radio America."

Sergeant saw it differently, keenly aware of how it changed the band's fortunes; they soon went from playing theaters in America to sharing an arena tour with New Order. "All of the sudden the crowd started changing - they'd become, like really young kids," he told SongFacts in 2017. "You're thinking, Why? It was just weird. I'd be walking around with Les and Pete in the crowd and no one knew who were were. It all changed. It was just odd. Right around 'Lips Like Sugar,' it really changed."

READ MORE: Echo and The Bunnymen's Will Sergeant Announces Memoir

Despite its enduring popularity on '80s compilations and radio broadcasts, The Bunnymen did not initially get to enjoy the fruits of "Sugar." McCulloch left the band in 1988, and de Freitas was killed in a traffic accident on his way to their first rehearsal without him. The surviving members reunited in the mid-'90s, and McCulloch and Sergeant still keep up the mantle of Echo & The Bunnymen. Best of all, though? He's come around on "Lips Like Sugar." "It may have a few synthetic twinkles on it," he said in a chat with Record Collector in 2005, "but the song itself was strong enough to shine through."