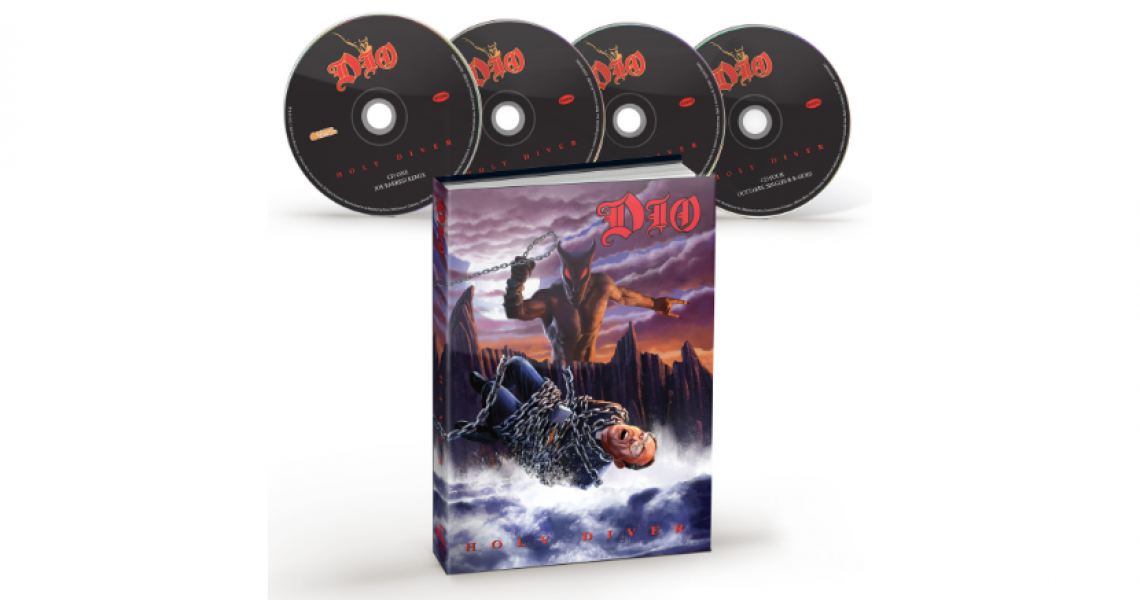 Get ready to rock! Holy Diver, the 1983 debut from Dio is coming back in a big way, with a brand-new remix in a rarities-packed box set hitting record stores July 8.

And yes, though it is technically a debut, the voice of the band was quite familiar to hard rock and metal lovers. The soaring tenor of Ronnie James Dio was the centerpiece of the '70s band Elf, which spent time opening for Deep Purple; that band's guitarist, Ritchie Blackmore, hired Dio to sing in a new band, Rainbow. Dio then spent two albums as the frontman for Black Sabbath after Ozzy Osbourne's departure, and used that momentum to launch a new group of his own.

Dio's Holy Diver line-up featured two of the singer's former compatriots backing him up: ex-Rainbow bassist Jimmy Bain and Vinny Appice, who'd drummed with Black Sabbath among others. The blistering guitar solos were courtesy of Vivian Campbell, a 21-year-old upstart who'd later play with Whitesnake and is currently a three-decade member of Def Leppard. So the rock cred on Holy Diver is strong. And so are the songs! "Rainbow in the Dark" and the powerful title track remain classic rock radio staples, helping the album sell more than two million copies in nearly four decades.

For the new super deluxe edition of Holy Diver, created in honor of what would have been Dio's 80th birthday, the album has been newly mixed by engineer Joe Barresi (whose work can be heard on albums by Queens of the Stone Age, Slipknot, Nine Inch Nails, and Coheed and Cambria). The 4CD set will feature that new mix, the original mix of the album, a previously unreleased live set from 1983 and a selection of 10 B-sides and outtakes, including an early version of fan favorite "Evil Eyes," released as the B-side of "Holy Diver" and re-recorded for the band's next album, 1984's The Last in Line.

A double vinyl version will feature the new album mix plus "Evil Eyes" on three sides of vinyl, with a special etching on the fourth side of "Murray," the demonic figure on the Holy Diver cover (and several other Dio projects).