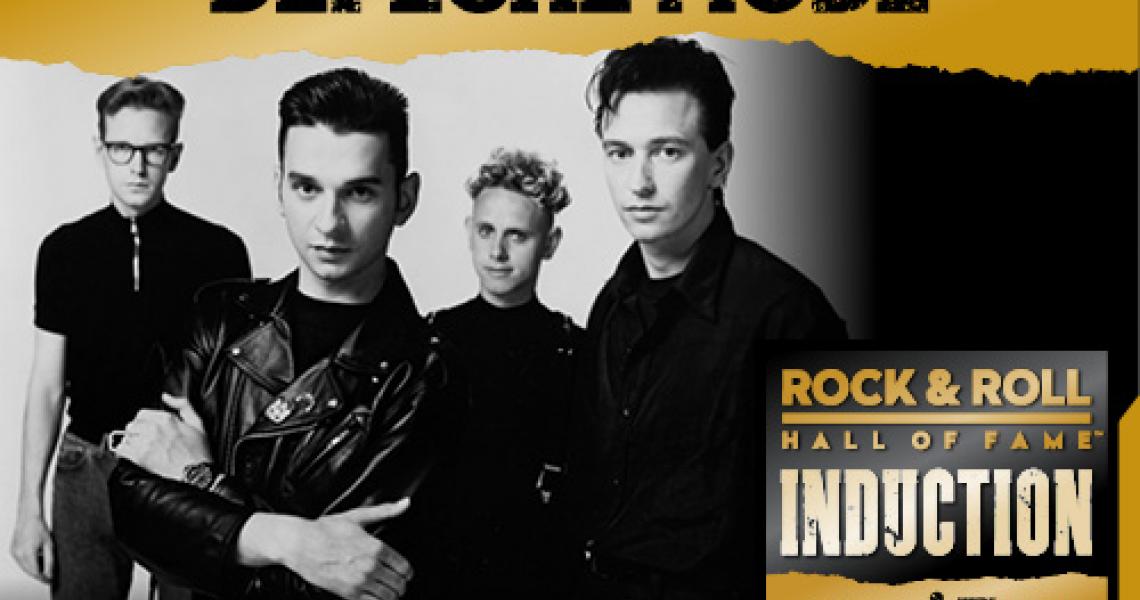 Today, the Rock and Roll Hall of Fame officially announced their list of inductees for the Class of 2020's inductees: Depeche Mode, Whitney Houston, Nine Inch Nails, the Notorious B.I.G., the Doobie Brothers and T. Rex. Additionally, veteran rock managers Jon Landau and Irving Azoff will be honored with the Ahmet Ertegun Award.

Depeche Mode and Nine Inch Nails are celebrating their victories with joy. "We’re incredibly honoured to be included as one of this year’s Rock and Roll Hall of Fame inductees, and to stand alongside the other incredible acts in the Rock Hall and those joining this year,”  Depeche Mode shared in a group statement. “A huge thank you to everyone who has supported us and our music over the years, who have made this possible."

Three-time ballot nominee Nine Inch Nails are feeling equally grateful. "I'm pretty freaked out. I'm quite in shock," admitted frontman Trent Reznor. "When I look back at how Nine Inch Nails are received, it always seems like we fall between the cracks. I don’t know if it’s a defense mechanism, but I just assumed we’d stay in that category, so I’m pleasantly surprised to see us acknowledged. It feels pretty good … I’m allowing myself, for a limited period of time, to feel good about this.”

This year's inductees did not include fan vote favorite, the Dave Matthews Band. Despite topping the Hall's Fan vote by a notable margin, with a grand total of around 1 million votes, DMB is the first top vote recipient to not receive induction since Rock Hall introduced the fan ballot several years ago.

Congrats to your top 5 @KlipschAudio Fan Vote winners 🤘We'll be announcing the official Class of 2020 Inductees 1/15 at 8am - next big reveal coming soon 🔥 pic.twitter.com/F2V1DK5SoI

Only three female artists were included on this year's Hall ballot, and historically less than 8% of Rock Hall inductees have been female.

The induction ceremony will take place at Cleveland's Public Hall on May 2nd and will be broadcast live on HBO as well as the SiriusXM Rock and Roll Hall of Fame radio station. Tickets will go on sale February 27th.