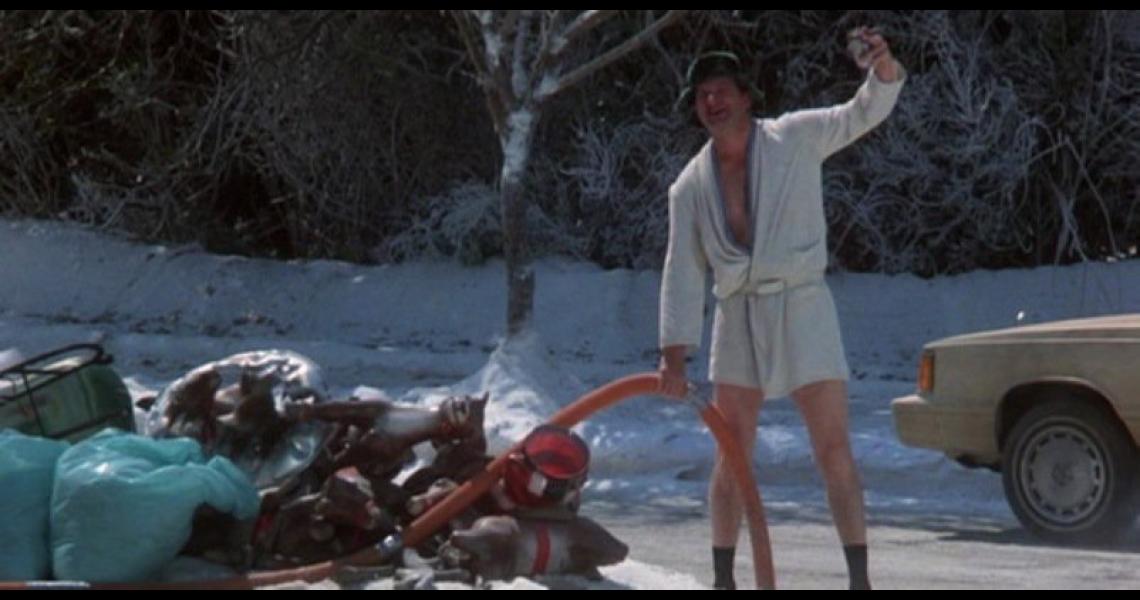 Christmas was in the air - and for the Griswolds, collective family time during the holidays could only mean one thing: chaos.

The 1989 film was written by John Hughes, who also happened to write and direct most 80's melodramatic comedy favorites (think The Breakfast Club, Pretty in Pink, and Ferris Buellers Day Off).

The third film in the Vacation series, following the original Vacation and the sequel European Vacation,  Christmas Vacation starred Chevy Chase playing the role of Clark Griswold, the ultimate dad, alongside Beverly D'Angelo as his ever-so-patient wife Ellen Griswold.

There’s something intrinsically wrapped up in the Griswold universe with American mythology, described D'Angelo in a 2015 interview. "We have a myth going that if you work hard enough you will succeed. And, you know, I think that when you look at the Griswold family, what resonates is that that’s not always true."

That sentiment certainly rang true for patriarch Clark, who in all his tireless attempts to create the most perfect Christmas, was thwarted again and again by loved ones, in-laws, bosses, and even animals gone amuck.

Despite all his enthusiastic efforts, his idealized vision of Christmas time rapidly transformed into a SWAT team invasion and an accidental explosion that causes a plastic sleigh and reindeer to go sailing over the moon - a restoration of the Christmas spirit, after all. It's these humorous bits that depict the accuracy of dysfunctional families couples with the joy of the holidays that certainly hits home.

The film boasted an enormous budget of $27 million (unusually high considering that the film didn't employ special effects). While this third film in the Vacation franchise didn't have nearly as much the comedic bolster nor progressive momentum of the preceding films, this Griswold family film is a seasonal reminder of the ultimate truth - family time, in all its highs and lows, has its irreplaceable, unforgettable moments.

Now where exactly can one find the movie during this holiday season? Christmas Vacation is available online to rent on YouTube, Amazon Prime, iTunes, and on other streaming providers for $3.99. It is available for purchase on the same platforms as well, in case you're not the only one in the family to enjoy a good-natured laugh.