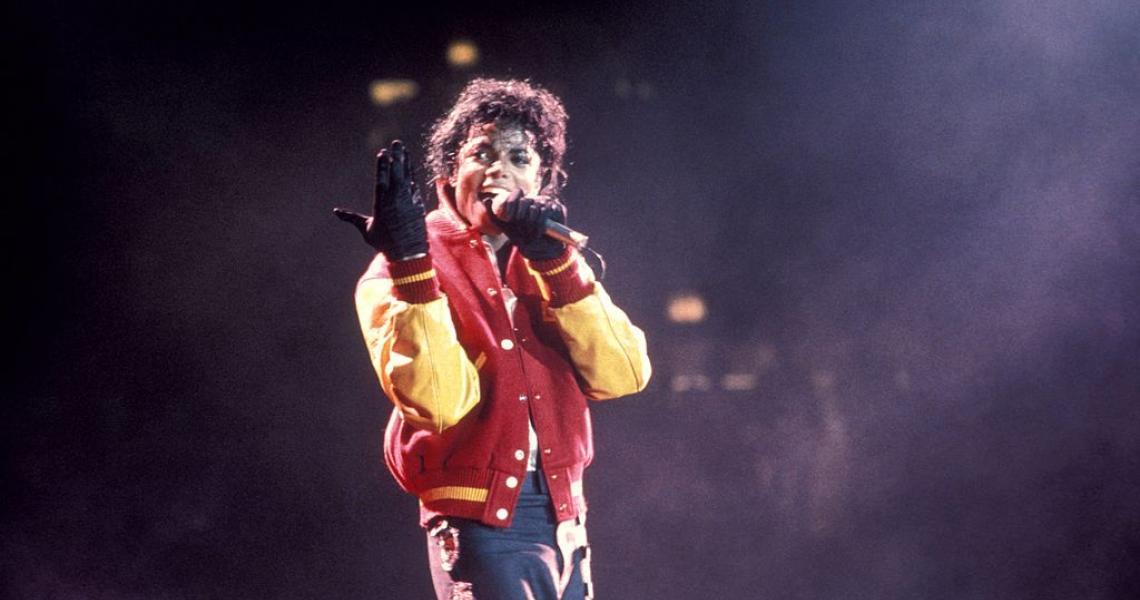 By 1984, the single scaled the Billboard charts, peaking at No.4 on the Hot 100 and No.3 on the Hot R&B/Hip Hop Songs. With Jackson's passing in 2009, the video became the first to receive the honor of induction into the Library of Congress' National Film Registry for its cultural significance.

To celebrate the anniversary of the music video that changed pop culture forever, we take a look back at the short film that turned Michael Jackson into a werewolf and a global star.

Directed by John Landis, the promo clip heralded a flurry of attention from its beginnings. Fred Astaire, Rock Hudson, and Jackie Kennedy Onassis all showed up on set as the video was shot in October 1983, while Eddie Murphy, Prince and Diana Ross attended its private premiere in November. On November 21, the music video was available for public viewing at a small LA cinema for Disney's Fantasia, a week-long theatrical release which qualified the video for the Oscars.

Then on the midnight of December 2, MTV finally gave the creative clip the premiere the world demanded.

"Music videos in the early 80s started as a little cottage industry in Britain, really," told Brian Grant, the British director who made the "Private Dancer" video for Tina Turner and Whitney Houston's "I Wanna Dance With Somebody" to The Guardian​​​​​​. "As soon as the Americans got involved, things became monetised, turning music videos into a proper industry, which operated alongside MTV. The big turning point was Thriller."

The video opens with Michael Jackson's personal disclaimer, "Due to my strong personal convictions, I wish to stress that this film in no way endorses a belief in the occult," a reassuring into that is immediately offset by heavy breathing and an eerie title card.

The scene starts off with a happy-go-lucky Jackson making things official with his girl, and as she slips on his ring, he warns her, "I'm not like other guys, I'm different." Truth behold, the full moon shines in all its glory and Jackson undergoes a gnarly transformation as his lady screams in pure horror.

For 13 minutes, Jackson the werewolf lurches around with various undead creatures, leading the zombie crew in a sensational choreography. From the glint in his eyes to his snappy, spooky moves, Jackson single-handedly launched a dance craze around the world with his music video, which also won three MTV Awards, two American Music Awards and a Grammy.

Not to mention, the music video's legacy shows no sign of stopping - in 2006, Guinness introduced a record for "Largest Thriller Dance" that was toppled in 2009 with Jackson's death when 13,597 people in Mexico City dressed up as zombies and shared a "killer, thriller, chiller, thriller," performance together in honor of the world's most freaky-fond werewolf.