Christine McVie's Solo Effort Has Got a Hold on Us 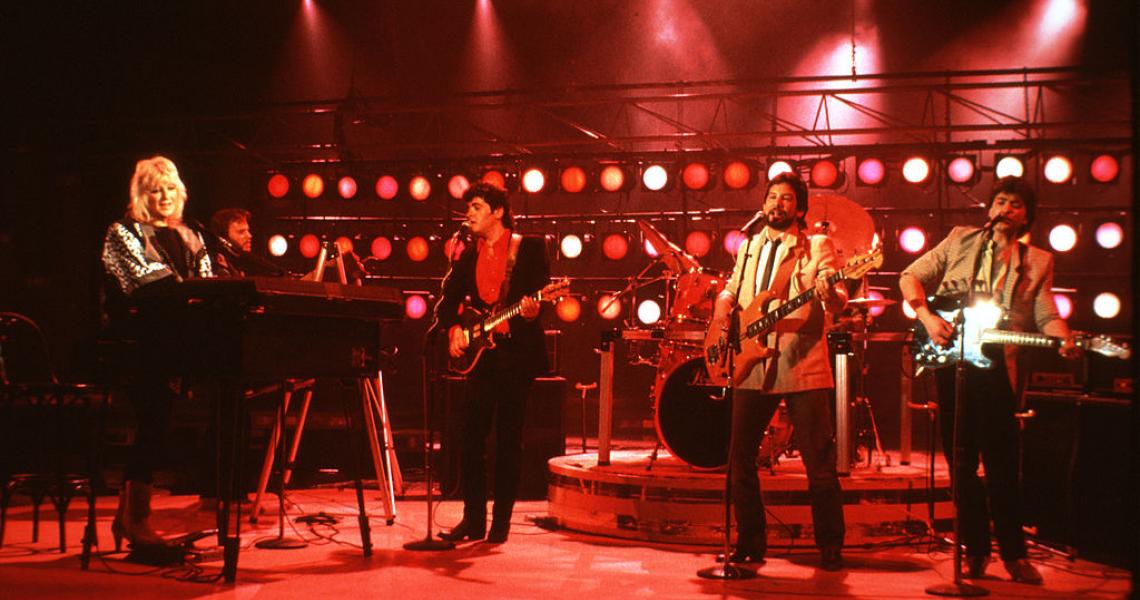 Yeah, this is gonna get a little bit confusing, but try and follow along...

In 1968, Christine Perfect and John McVie married. At the time, she wasn’t yet a member of Fleetwood Mac, but she was a member of a band called Chicken Shack. Two years later, having left that band, she released a self-titled solo album which led to her joining Fleetwood Mac as a keyboardist shortly thereafter. When the album was reissued in 1976, it was graced with a new title: The Legendary Christine Perfect Album - a little ironic, since that’s also the year that she divorced John McVie, electing to keep his last name.

Fast-forward to 1984, when Fleetwood Mac was between albums and – like fellow vocalists Lindsey Buckingham and Stevie Nicks – McVie decided that the time was right for her to release a solo album, too. Produced by Russ Titelman, Christine McVie was a sparking piece of pop, an LP which played perfectly into the sensibilities of Fleetwood Mac fans who’d fallen for the group’s more mainstream sound after the addition of Buckingham and Nicks to the line-up, starting straight out the gate with “Love Will Show Us How.” (Keep an eye out for actor/writer/director Paul Bartel as the "director" in the video below!)

McVie’s Fleetwood Mac cohorts pop up occasionally throughout the proceedings, starting with Lindsey Buckingham, who first turns up on backing vocals for “The Challenge,” then returns again for several tracks on side two, including “Got a Hold on Me” (guitar), “Who’s Dreaming This Dream”  (backing vocals), and closer “The Smile I Live For” (backing vocals and lead guitar). Mick Fleetwood also contributes drums to the album, albeit only for a single track: “Ask Anybody,” which closes out the album’s first side.

The aforementioned “The Smile I Live For” is also notable for being McVie’s first time working with Eddy Quintela, who would go on to co-write several Fleetwood Mac tracks, including “Little Lies,” “Isn’t It Midnight,” “As Long As You Follow,” and “Save Me,” among others. He would also go on to marry McVie; they divorced in 2003, but continued to work together, most notably on McVie’s third solo album, 2004’s In the Meantime.

In addition, Christine McVie features a few other high-profile guest stars: Eric Clapton serves as lead guitarist on “The Challenge,” while Steve Winwood duets with McVie on “One in a Million” and contributes synthesizer to that song as well as “Ask Anybody” (which he also co-wrote), “Got a Hold on Me,” and “The Smile I Live For.”

While not a stone-cold smash, there’s no hesitation in describing Christine McVie as a successful solo endeavor: the album made it to the charts on both sides of the Atlantic, and spawned hits in “Love Will Show Us How” (No. 30) and “Got a Hold on Me" (No. 10).