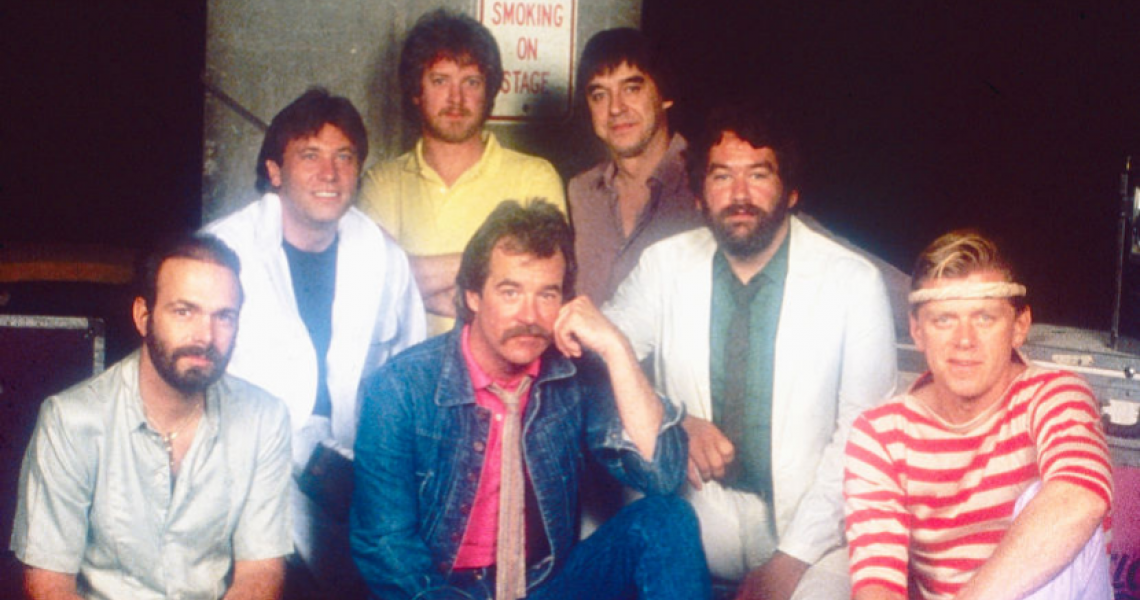 After more than a decade of sterling jazz-rock staples in the late '60s and throughout the '70s, Chicago changed course considerably in the '80s, enjoying a new wave of success thanks to a heap of slick but tender ballads crooned to perfection by singer/bassist Peter Cetera. Amazingly, the first of the big ones, 1982's "Hard to Say I'm Sorry," off the group's 16th album, was done with only about two members of the band.

It couldn't have come at a better time for the group. Chicago had been in a state of flux since guitarist Terry Kath accidentally shot and killed himself in 1978. Their horn-infused sound was starting to fall out of favor with radio programmers; indeed, their last big hits were Cetera-led ballads like 1976's chart-topping "If You Leave Me Now" and the Top 5 hit "Baby, What a Big Surprise," issued a year later. In an attempt to pick up the pieces after Kath's loss, the band added a new singer/vocalist to add some weight to the group: husky-voiced Bill Champlin would stand beside Cetera and longtime keyboardist Robert Lamm.

The biggest change, though, came in the form of a new producer, brought in at the suggestion of Champlin and drummer Danny Seraphine. Canadian writer/arranger David Foster had been able to toe the line between edgy rock (The Tubes' "Talk to Ya Later") and lush pop/soul (Earth, Wind & Fire's "After the Love Has Gone," co-written by Foster and Champlin), and members of the band thought he could lend a hand to the proceedings. "David Foster really tried to maintain the integrity of the band," Seraphine would later say. "He wasn’t looking to diminish the musicality and the integrity of the band at all. Some people might say that he did. But he was going with what the times dictated. I’m telling you, there was word through our manager from radio stations saying they didn’t want anything with horns on it. How do you deal with that?"

How they dealt with it was by ceding considerable influence to Foster. "Hard to Say I'm Sorry" was recorded with a handful of great session players handpicked by the producers, including Steve Lukather, David Paich and Steve Porcaro - all members of the band Toto. Cetera and Seraphine were the only band members on the track. ("Get Away," a song that "Sorry" segued into on the album, was more in line with what people might've expected from the group, offering the group's legendary horn section.) At least one member - the newest, in fact - was fine with the seeming snub. "Foster would just as soon call the A players and bring them in, and I really don't blame him," Champlin told Songfacts. "Real major players that can get this stuff for you in a minute. They really eyeball with the producer once and give it to him on take one."

Ultimately, it was Chicago themselves who'd enjoy the fruits of Foster's success the most. "Hard to Say I'm Sorry" topped the Billboard Hot 100 for two weeks in the fall of 1982, and set Chicago up for a major decade of success. The song would actually become a hit in the next decade, too: R&B group Az Yet covered the song in 1996, and a remix of the song by Foster (with a vocal cameo from Cetera) would reach the Top 10 of the Hot 100.