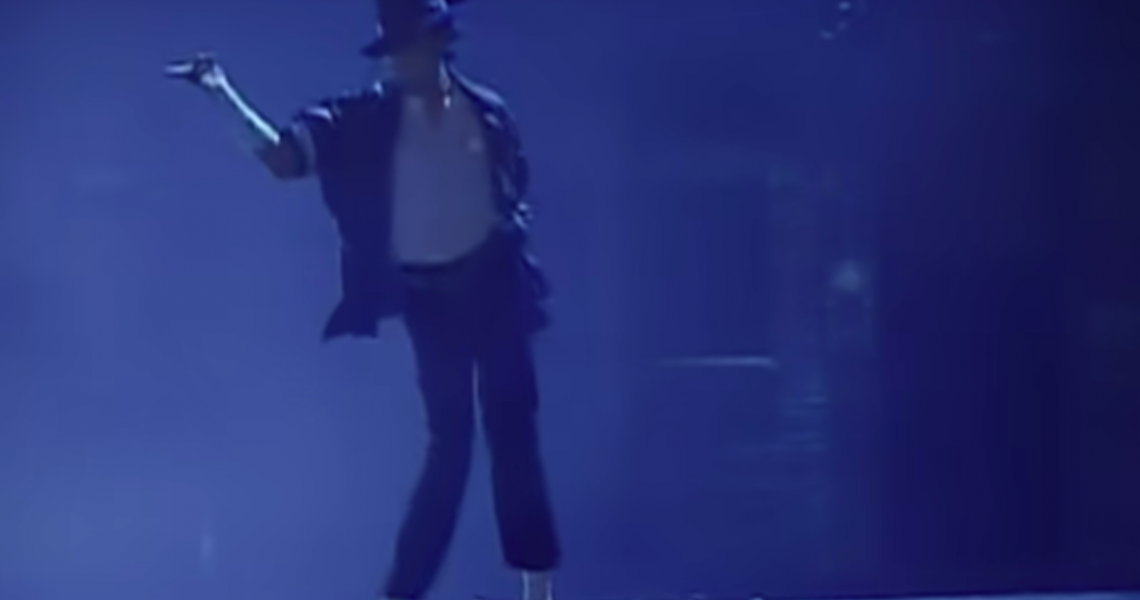 Michael Jackson ended the '80s as perhaps the most singular musician out there, breaking records with his Thriller and Bad albums. His first big song of the '90s was almost impossible to miss - and eventually courted some controversy of its own.

Jackson released "Black or White," the first single from his Dangerous album, before Thanksgiving of 1991. A catchy rock/soul number speaking out against prejudice, "Black or White" was, like many of Michael's big hits, promoted with a larger than life video. The 11-minute clip, a reunion with director John Landis (who'd helmed the video to "Thriller"), featured cameo appearances from Macaulay Culkin and George Wendt, multiple scenes depicting world cultures, and a fascinating sequence where singers of all genders and races morph into one another. (Keep your eyes peeled for a young Tyra Banks among the faces.)

But the video, which simultaneously premiered on MTV, VH1, BET and Fox and in more than two dozen countries on Nov. 14, 1991, almost immediately attracted negative publicity for the music-less final sequence, where Jackson morphs from a black panther to dance across a deserted street set, grabbing his crotch in several shots and smashing car and store windows in a rage. "“I wanted to do a dance number where I could just let out my frustration about injustice and prejudice and racism and bigotry,” Michael told MTV in 1999. “Within the dance I became upset and I let go." He ended up issuing an apology, and later versions either edited the sequence out or superimposed racist graffiti on the soon-to-break glass, to further underline Jackson's points.

Controversy aside, "Black or White" soared to No. 1 on the Billboard Hot 100 on Dec. 7 of that year, staying in place for seven weeks. Dangerous would follow suit, but got knocked out of the top spot earlier thanks to Nirvana's Nevermind - a sign of changing musical times ahead.