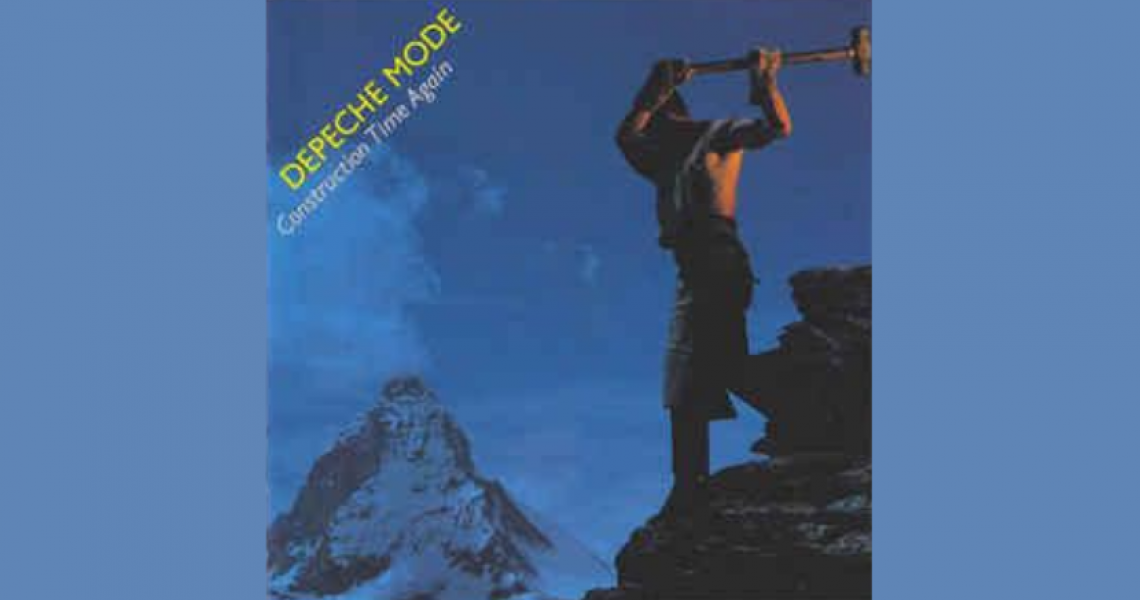 With Vince Clarke's recent departure from the band, this marked a transcendental time in the Depeche Mode's development as Alan Wilder joined the band full-time on the keys and Martin Gore took the lead as the band's main songwriting force.

"This is really the first Depeche Mode album," reminisces member Andy 'Fletch' Fletcher. "It also came at a time of huge technological improvements. Samplers were around for the first time so it was fantastic, and it was real first album where Martin was writing particularly for one album. That makes it very special."

Prior to embarking on their third album, Gore had found inspiration at his first Einstürzende Neubauten concert, where he decided to start tinkering with the sounds of industrial music alongside the pioneering sound engineer Gareth Jones.

In the crowded new wave landscape, the Mode unleashed a 1983 LP that saw the bandmates at the height of their creative powers. With Gore's strong songwriting skills in full flex, Construction became the foundation for the band's darker tonal themes, founded from the record's quirky industrial gloom rock samples.

Gore gave preview to the band's newfound sociopolitical conscience as he swapped verses with Dave Gahan in "Everything Counts," the striking and scathing lead single off the album, which launched to No. 6 on the UK singles chart and No. 17 on Billboard's Hot Dance Music/Club Play charts.

He continued treading the tightrope between catchy club hits and self-aware sarcasm in “Get The Balance Right!”, the first song Gore wrote after taking on Clarke’s duties, encapsulating the band's state of mind in the age of digitized industrial music.

The writing grew more poignant and eco-friendly with Wilder's compositions of the apocalyptic "The Landscape is Changing" and "Two Minute Warning," that carried on the band's warning that "corporate greed isn't everything" that ensued with "Everything Counts."

The risk would pay off - Construction Time Again would establish itself as a game-changing record for Depeche Mode's next decade as Gore and crew  left their bubblegum pop stage sought to reconcile society from its systemic, industrial mechanisms with the ones and zeros of radical music. The album climbed the chart ladder, peaking at No. 6 in the UK and 7 in Germany, setting the stage for the band's breakthrough in the states that ensued shortly after their 1988 Rose Bowl "concert for the masses."