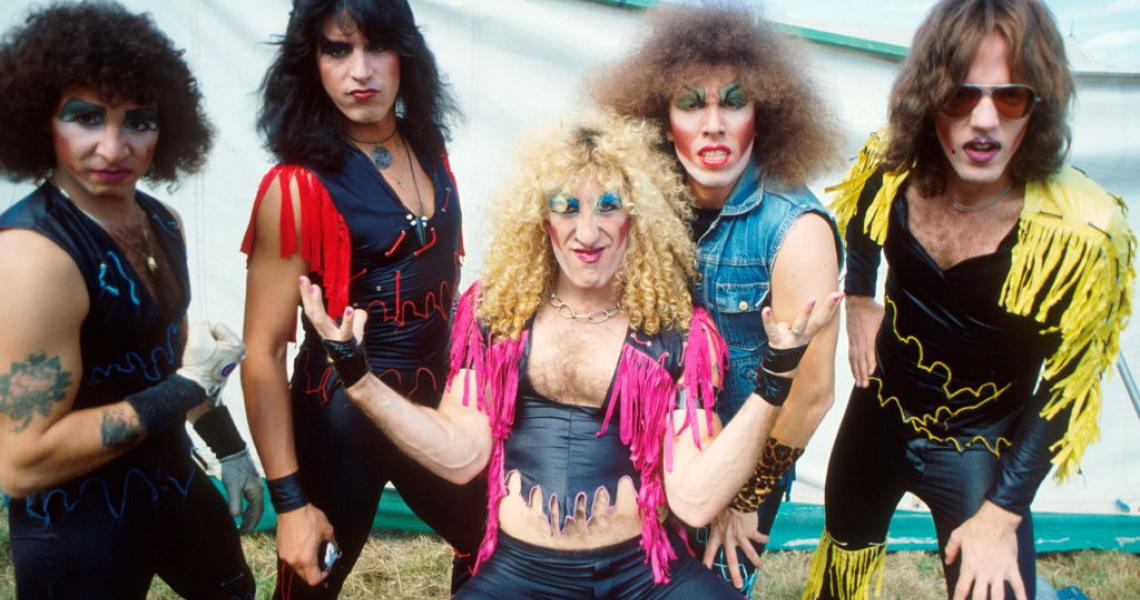 On April 27, 1984, Twisted Sister released the single that would become not only one of their signature songs but, indeed, the most successful chart hit of their career...and one of the most iconic videos of all time.

Written by Dee Snider and produced by Tom Werman, “We’re Not Gonna Take It” was - per Snider’s 2013 autobiography Shut Up and Give Me the Mic - heavily influenced by the band Slade, although he later conceded that there are elements of the Christmas classic “O Come All Ye Faithful” in the mix, too.

As iconic and anthemic as the song itself may be, however, there’s no question that it was the song’s video helped build up its profile. Directed by Marty Callner, the video for “We’re Not Gonna Take It” features Mark Metcalf, best known for - and unabashedly playing off of - the role of Douglas C. Niedermeyer in National Lampoon’s Animal House. In the video, Metcalf’s character is chastising his son for having no interests beyond his guitar and, of course, Twisted Sister.

At the conclusion of his spittle-flecked lecture, Metcalfe poses arguably the most infamous question in rock video history:

“What do you want to do with your life?”

In turn, the son replies the only way a teenager in a music video can reply:

And lo, with the uttering of another Twisted Sister hit, the boy suddenly, inexplicably transforms into Dee Snider in full Twister Sister regalia, at which point he proceeds to - for lack of a better phrase - not take it. The rest, of course, is heavy metal history.

“We’re Not Gonna Take It” was a Top 10 hit in Australia (No. 6), Canada (No. 5), New Zealand (No. 2), and Sweden (No. 10), but in America it only found its way as high as No. 21. Still, as noted, it was actually Twisted Sister’s highest-charting song, and no matter where it concluded its rise up the Hot 100, it still results in roars of applause whenever it’s played...and, frankly, isn’t that what really matters?