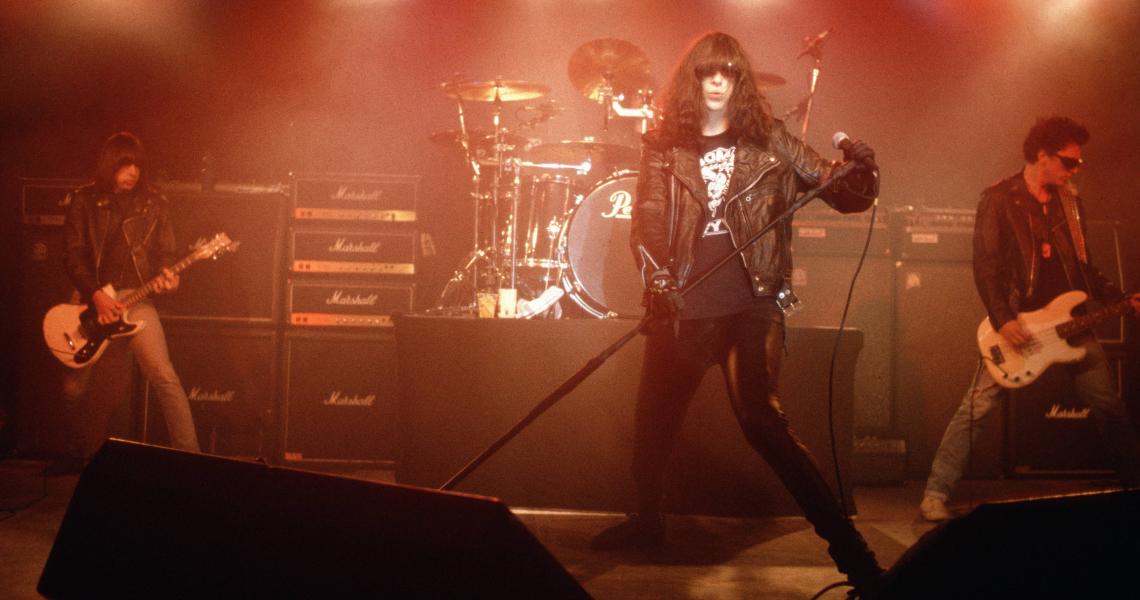 Christmas is a time for families to come together - even the unhappy ones. And the Ramones did exactly that with their holiday punk perennial, "Merry Christmas (I Don't Want to Fight Tonight)."

Though the song appeared on the band's 1989 album Brain Drain, it first showed up two years earlier on the B-side to 1987's "I Wanna Live," a single from Halfway to Sanity. Both albums came during an era of the band marked by turmoil within the Ramones' ranks: guitarist Johnny Ramone has alleged that bassist Dee Dee Ramone didn't play on Sanity, and drummer Richie Ramone quit midway through the tour over financial disagreements. The band's second drummer Marky Ramone was soon hired back, but Dee Dee was out soon after Brain Drain was released, replaced in the video for "Merry Christmas" by newcomer C.J. Ramone.

One of the track's key personnel is Jean Beauvoir, former bassist for fellow New York punk band The Plasmatics. Beauvoir co-wrote and produced one of the Ramones' most notable singles of the '80s, the politically-charged "My Brain is Hanging Upside Down (Bonzo Goes to Bitburg)," and he ended up playing guitar and producing "Merry Christmas."

Beauvoir described the musical chaos of the band in a 2018 interview with Afropunk:

...Being the producer and good friend and co-writer, you know, I got to spend a lot of time with all of them all the time. And so I had to listen to each one of them bitch, because they all go “oh I don’t want piano on records” and “I don’t want this.” “I don’t want that kind of subject.” And then Joey [Ramone] would call you saying “I love strings! I love piano! Can’t we do this, Jean?” And Dee Dee would call and say something else. And the record company would be like, “It’s your gig, dude. You figure that out. Just get the record out.”

Indeed, lead singer Joey Ramone's musical palate seemed to transcend the punk trappings of the band - particularly on the song's slowed-down original demo, which was later remixed and released posthumously on the album ...Ya Know?

Whether fast or slow, "Merry Christmas (I Don't Want to Fight Tonight)" is both a solid entry in the Christmas music canon and a decent wish for anyone's holiday season.