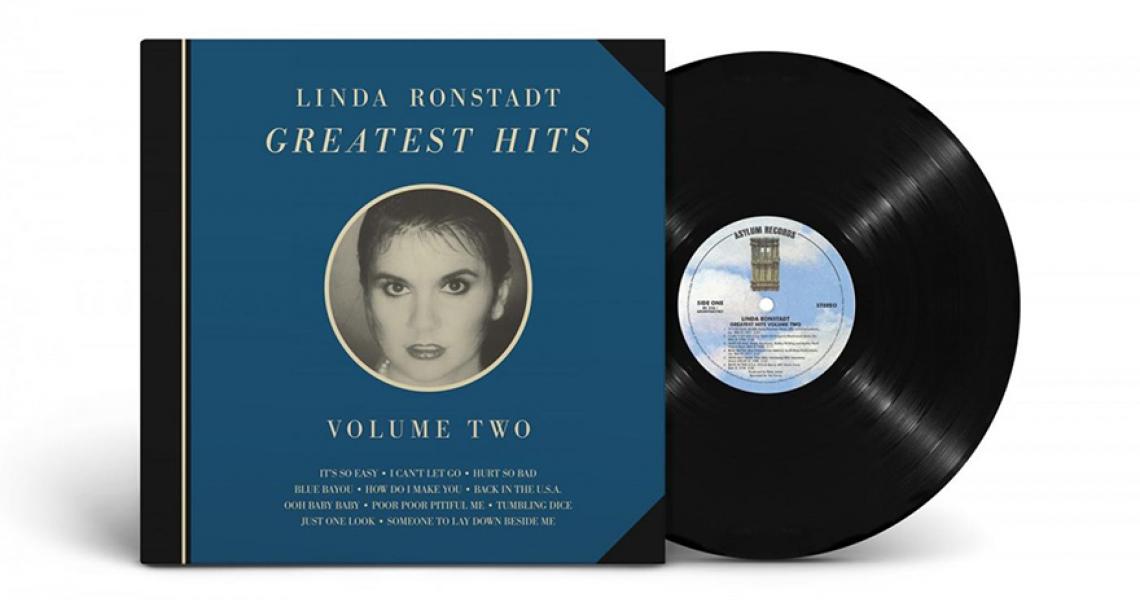 Every musical artist needs a good producer in order to bring out the best in their work, and there’s little question that Linda Ronstadt found exactly that in Peter Asher. Although he found fame as a musical artist in his own right while teamed with Gordon Waller – yes, that’s right: he was the “Peter” in “Peter & Gordon” – Asher found even greater success after shifting his focus to working behind the scenes as a producer. Since first teaming with Ronstadt in 1973, Asher has provided her with a ridiculous number of hit singles, some on the pop charts, some on the adult contemporary charts, and some on the country charts, so we’ve pulled together a collection of 20 such singles for your listening enjoyment.

1. “You’re No Good”(1974 – Heart Like a Wheel): Originally recorded by Dee Dee Warwick and later by Betty Everett and the Swinging Blue Jeans, this Clint Ballard, Jr. composition was Ronstadt’s first #1 hit.

3. “Love is a Rose” (1975 – Prisoner in Disguise): Ronstadt only made it to #63 on the Hot 100 with her version of this Neil Young track, but there’s no need to shed any tears, since it zoomed all the way to #5 on the Billboard Country Singles chart.

4. “Heat Wave” (1975 – Prisoner in Disguise): This rocked-up version of the Martha and the Vandellas classic from 1963 proved to be another massive pop hit for Ronstadt, making its way to #5 on the Hot 100.

5. “Tracks of My Tears” (1975 – Prisoner in Disguise): Proving that radio couldn’t get enough Ronstadt right around this point in her career, she also took her version of the Smokey Robinson and the Miracles song to #25, giving her another top-40 hit.

7. "Blue Bayou” (1977 – Simple Dreams): The first single from Simple Dreams, this version of the iconic Roy Orbison song earned a major accolade – a Grammy nomination for Record of the Year – in addition to climbing to #3 on the Hot 100.

8. "It's So Easy" (1977 – Simple Dreams): If you’re having good luck with  your versions of Buddy Holly classics, then it stands to reason that you’d tackle another one, and Ronstadt found profound success with this one, too.

10. “Tumbling Dice” (1977 – Simple Dreams): The last of the top-40 hits from Simple Dreams, this Rolling Stones cover secured major promotional assistance from its inclusion on the soundtrack for the 1978 film FM.

12. “Ooh Baby Baby” (1978 – Living in the U.S.A.): Once again, Ronstadt dips into the Smokey Robinson songbook and finds tremendous success for her trouble, taking this tune to #7 on the Hot 100.

13. "How Do I Make You" (1980 – Mad Love): Penned by Billy Steinberg and released as the height of what’s generally described as Ronstadt’s new-wave era, this song made its way to #10 but later earned the honor of being covered on the album Chipmunk Punk. (No, really, it was an honor. Do you know how many kids heard that version before ever hearing Linda’s?)

14. “Hurt So Bad” (1980 – Mad Love): Kids in the early ’80s probably had no idea that this was a cover, but it was originally recorded by Little Anthony and the Imperials. Ronstadt took it to #8, making it the most successful version of the song ever recorded.

15. "I Can't Let Go" (1980 – Mad Love): While the Hollies took their version of this Chip Taylor / Al Gorgoni song to the top of the UK charts in 1966, they only made it to #42 in America. As such, even though Ronstadt’s version topped out at #31, it’s still the most successful version ever released in the States.

16. “Get Closer” (1982 – Get Closer): Some might argue that this title track to Ronstadt’s ’82 album got more success when it was borrowed for a Close-Up toothpaste commercial than it did when she released it as a single, but it still hit #29 on the Hot 100.

17. "I Knew You When” (1982 – Get Closer): While it may have only just made its way into the top 40, stalling at #37, her version of this Joe South song made famous by Billy Joe Shaver was also a top-40 hit in Australia and a minor hit on the Billboard Country Singles chart, too.

18. “Somewhere Out There” (1986 – An American Tail: Music from the Motion Picture Soundtrack): With the help of co-vocalist James Ingram, not to mention Steven Spielberg and Don Bluth, this song proved to be her biggest hit in more than half a decade, taking her into the top 10 for the first time since 1980 and ultimately landing her at the #2 spot.

19. “Don’t Know Much” (1989 – Cry Like a Rainstorm, Howl Like the Wind): The combination of Aaron Neville’s quivering vocals and Ronstadt’s equally emotional performance led to her biggest hit in many moons, taking her once again to #2 on the Hot 100. (The song topped the Adult Contemporary Singles chart.)

20. “All My Life” (1989 – Cry Like a Rainstorm, Howl Like the Wind): While perhaps not as instantly remembered as its predecessor, this follow-up to “Don’t Know Much,” which also featured Aaron Neville, actually made it all the way to #11 on the Hot 100 and – like her previous single – went on to top the Adult Contemporary Singles chart.