A 2 Live Crew Album Got a Record Store Clerk Arrested 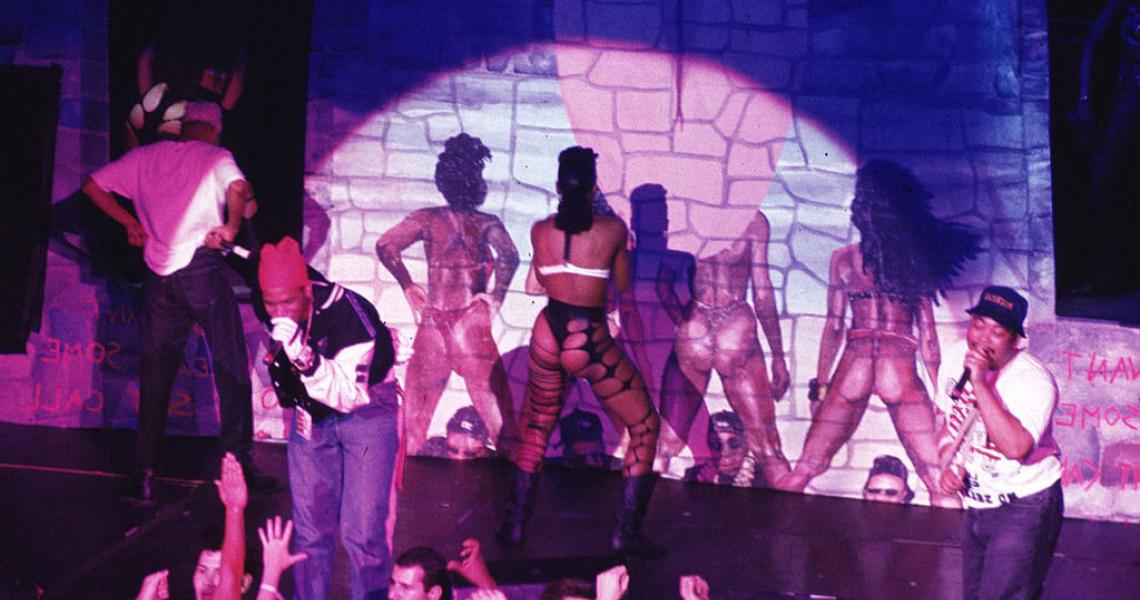 READ MORE: February 1989: 2 Live Crew Releases "As Nasty As They Wanna Be"

The Nasty controversy actually had its origins two years earlier, in 1987, when a clerk at a Florida record store sold a copy of an earlier 2 Live Crew album to a minor, and wound up getting arrested when the consumer’s parents – and, later, local law enforcement – took offense.

According to the account published in Billboard, a clerk at Starship Records & Tapes in Carraway, FL (about 320 miles north of Miami) sold a cassette of 2 Live Crew’s 1987 debut album 2 Live Crew is What We Are to a 14-year-old patron. That patron’s parents heard the track “We Want Some P---y” being played in their home, and alerted the constabulary.

“The parents called me several days ago and were very upset that their child was listening to an obscene, vulgar tape,” Bay County Sheriff Lavelle Pitts told Billboard. Pitts was so concerned, he set up a sting operation in the same store on April 20, with the same minor, purchasing the same cassette. Police wound up arresting 18-year-old part-time clerk Laura Ragsdale on the charge of selling “harmful material” to a person under the age of 18 – a third-degree felony that could have landed Ragsdale in jail for five years.

“I intend to make other arrests if this is sold to minors in our county,” Pitts threatened, “and to arrest anybody playing it on the radio. Anyone playing it is contributing to the filth and delinquency of minors.”

The ripple effect from the incident was almost immediate. Four days after Ragsdale’s arrest, major record retailer Musicland took 2 Live Crew is What We Are off its shelves, nationwide. Other chains followed suit, like Camelot, National Record Mart, and Harmony House. Indie stores continued to carry the record, though, and some chains eventually began selling it behind the counter, where clerks could check would-be buyers for ID.

In the next few years, 2 Live Crew’s music would set off more alarms with law enforcement, leading to the arrests of record store personnel in Alabama and Broward County, FL, among others (and leading the group to release separate “clean” and “dirty” versions of their albums). The band members themselves were arrested after lewd performances. They even found themselves at the center of a case in front of the United States Supreme Court – a case they actually won – although the focus of it was on copyright and not obscenity.

And what of Laura Ragsdale, the first record store clerk arrested for selling a 2 Live Crew tape? The Florida State Attorney dropped all charges against her before the case went to court.