Try a Little Tenderness: When Otis Redding Soundtracked the '80s 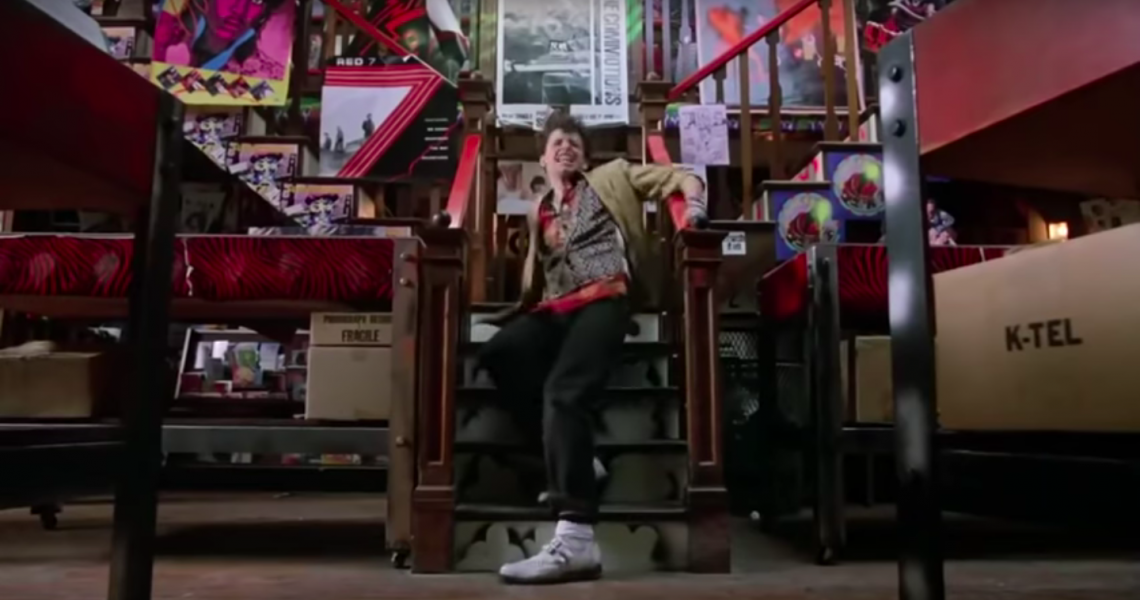 Jon Cryer knew how to make an entrance.

As the quirky high-schooler Phillip "Duckie" Dale in the John Hughes classic Pretty in Pink, Duckie's out-there fashion sense could not be matched - but the character became legend when he entered the record shop his best friend/unrequited crush Andie Walsh (Molly Ringwald) worked in with a dramatic lip-sync to Otis Redding's "Try a Little Tenderness."

Amazingly, "Tenderness" wasn't the first choice for the scene; it became a last-minute replacement after The Rolling Stones refused to give the rights to "Start Me Up." But that sequence kicked off a year and a half of reviving the King of Soul's work on film. (Redding, of course, had been dead for nearly 20 years - killed in a plane crash in 1967, when he was only 26 years old. His passing turned the iconic "(Sittin' on) the Dock of the Bay" into the first posthumous No. 1 song in chart history.)

"Dock of the Bay" played in a crucial scene in the highest-grossing film of 1986: the jet-powered classic Top Gun. Tom Cruise's cocky pilot Maverick meets up with his love interest, the flight instructor Charlie (Kelly LeBrock) and, hearing the song over the stereo, reminisces about hearing it as a child, also revealing Maverick's admiration of his late father, also a Navy pilot.

And Otis' music was present not once, but twice on one of 1987's most notable film phenomenons: the throwback romantic film Dirty Dancing. Known for its bestselling soundtrack including hits like Phil Medley & Jennifer Warnes' "(I've Had) The Time of My Life," Eric Carmen's "Hungry Eyes" and star Patrick Swayze's "She's Like the Wind," the film was packed with wall-to-wall soul and pop classics from the movie's early '60s setting. Redding's "Love Man" scores the first dance between Swayze's dashing Johnny Castle and his love interest Frances "Baby" Houseman (Jennifer Grey), while the ballad "These Arms of Mine" accompanies a tender moment between the duo as they declare their affections for each other.

Dirty Dancing became so popular it spun off two soundtrack albums; both Redding tunes were included on the second, a Top 5 hit in 1988. These moments helped canonize Redding's work; in 1989, he was posthumously inducted into the Rock and Roll Hall of Fame, and as the CD era bloomed, both his classic recordings and unreleased gems were brought back into print. It's a love affair that continues with fans to this day: the King of Soul's logged more than three billion music streams and counting.