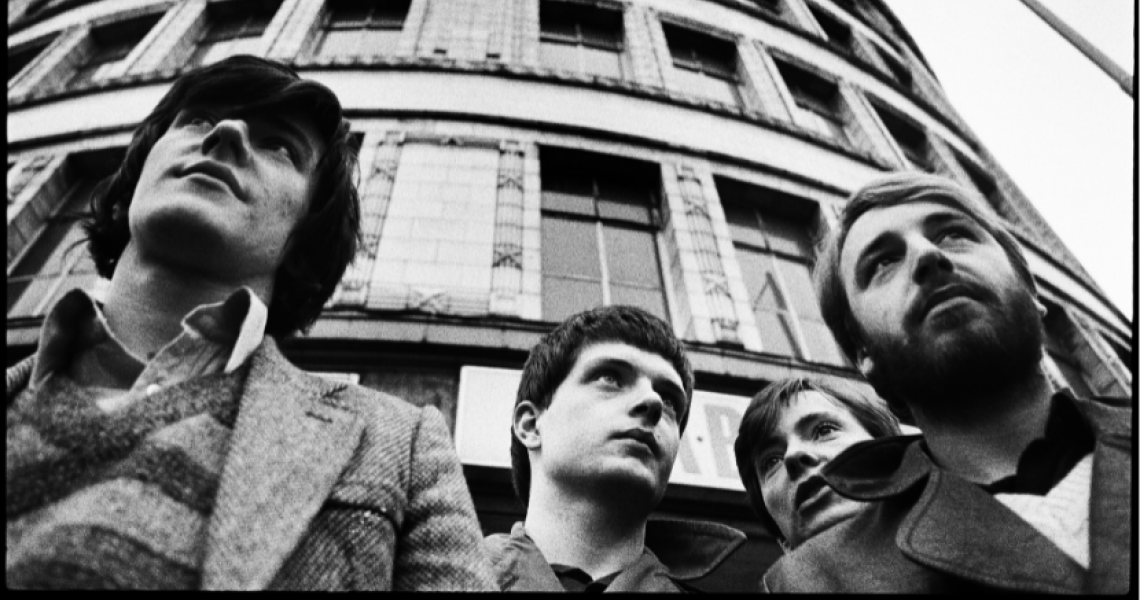 Joy Division's story ended tragically, when frontman Ian Curtis took his own life on May 18, 1980. But the British alternative band had one final transmission more than a year later, after the surviving members had already begun their work as New Order: the collection Still, which will be reissued on vinyl for its 40th anniversary on Feb. 11, 2022.

The double album - limited to 10,000 copies, pressed on crystal clear vinyl with a new ruby-red sleeve and exclusive to the band's online store - combined a disc of mostly studio performances with the band's final performance at High Hall at Birmingham University on May 2, 1980.

Although a compilation album at heart, and an occasionally ragged one at that, Still is nonetheless generally considered to be a definitive entry in the Joy Division catalog because of how much previously-unreleased material made its debut amongst its four sides, including non-album rarities "Glass" and "Dead Souls," six unreleased studio outtakes and a cover of The Velvet Underground's "Sister Ray." Arguably the most famous inclusion - not only of the live disc but among the album’s 21 tracks overall - is a version “Ceremony,” which went on to be recorded and released as New Order's debut single.

Produced by Martin Hannett, Still was originally intended for an August 1981 release, but after getting a two-month push back on the calendar, it quickly made its way to No. 5 on the U.K. charts.

Pitchfork’s retrospective review of Still referred to it as “a ragged, enigmatic coda; an uneven odds-and-ends collection of lost tracks that fills in some gaps in Joy Division’s history and legacy,” while BBC Music described it as “a partly frustrating compilation.” Neither of these takes are particularly controversial: it’s exactly the sort of thing you’d expect from a band that ended sooner than anyone had anticipated, but when a band’s story concludes that abruptly, their fans are going to want to hear everything that came to pass while they were in existence, and this does the trick nicely.