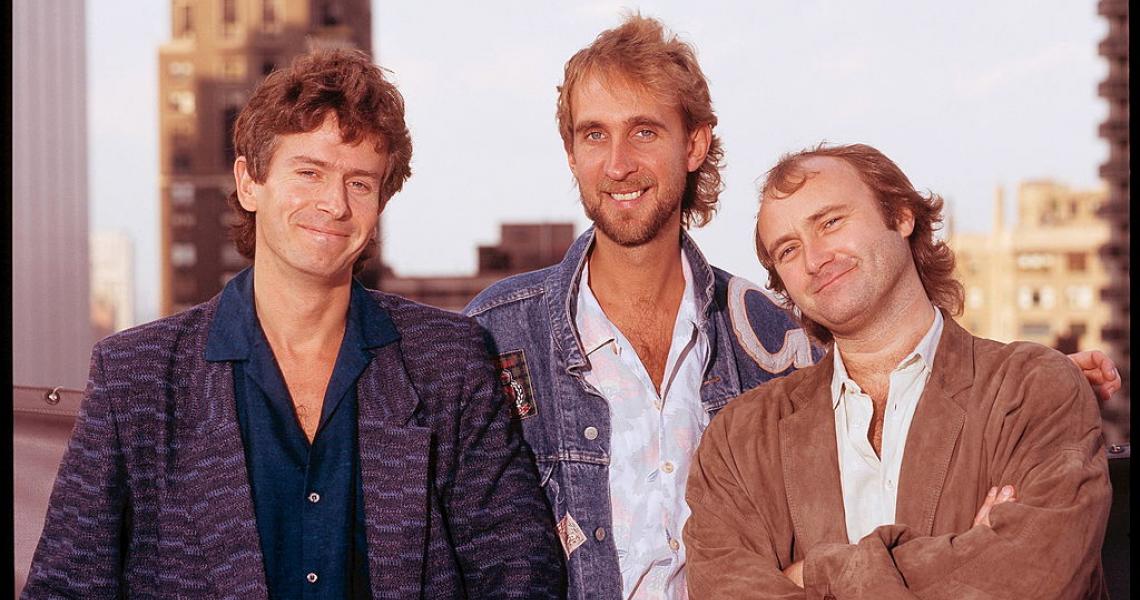 It looks like The Last Domino is truly about to fall. Genesis' long-awaited tour - their first since 2007 - was announced in 2020 just before COVID-19 changed the world's plans. But now The Last Domino? Tour is ready to roll, with dates locked in both in Europe and North America at the end of the year.

Fans had to wait even longer for the Turn It On Again tour, of course: it took place 15 years after Genesis took on the world in support of 1991's We Can't Dance. But there's a handful of songs we'd love to hear on this next - and possibly final - go-round. Here's a handful of cuts from Genesis' four blockbuster '80s albums that didn't make the last set list but would be great to hear now.

"Behind the Lines" (1980): OK, so this is technically a cheat - the opener to Duke was heard, albeit in instrumental form, as an intro to the Turn It On Again set list. But Phil Collins' vocal makes for a fun counter-melody to the song's monster riff, and not even lowering the song a few steps to accommodate his slightly deeper voice could reduce its charm.

"Misunderstanding" (1980): Originally intended for Phil's solo debut Face Value in 1981, this laid-back heartache tale became a U.S. Top 20 hit but hasn't been played by the band since the early '80s! Phil resurrected it for one of his last solo tours, and we'd love to hear it here.

"Abacab" (1981): It might not be worth asking what the song's about - the title, also used for the album, came from the song's original structure, with "A," "B" and "C" sections - but it would be fun hearing this one in all its glory, with great chords for keyboardist Tony Banks to riff on and a great outro solo for guitarist Mike Rutherford.

"No Reply At All" (1981): Maybe the most pie-in-the-sky track on our list, the inclusion of "No Reply" would hinge almost entirely on the presence of a horn section as muscular as Earth, Wind & Fire's Phenix Horns, who played on this and many of Phil's solo albums.

READ MORE: September 1981: Genesis Releases "No Reply at All"

"That's All" (1983): Genesis' self-titled effort has been well-represented in concert, with most of the album's unimpeachable first side, including "Mama" and "Home by the Sea"/"Second Home by the Sea" locked in as live staples. That's oddly not the case for the band's first U.S. Top 10, relegated to their "Old Medley" in the '90s. We think it's just a shame - that's all.

"In Too Deep" (1986): ahead of the Turn It On Again Tour, Banks suggested that this downtempo classic - one of four Top 10s off Invisible Touch - would get added into the set list when the tour came to America, possibly replacing '70s album cut "Ripples." But that didn't happen, so now would be the time to play it.

"The Brazilian" (1986): Genesis in the '80s was Phil, Tony and guitarist Mike, but let's not forget one of the group's secret weapons: touring musician Daryl Stuermer, who ably filled in for guitar and bass alongside Rutherford. This instrumental closer to Invisible Touch would be a perfect opportunity for Daryl to shine, alongside Genesis' new touring drummer: Nic Collins, following in his father's footsteps as a percussionist par excellence.