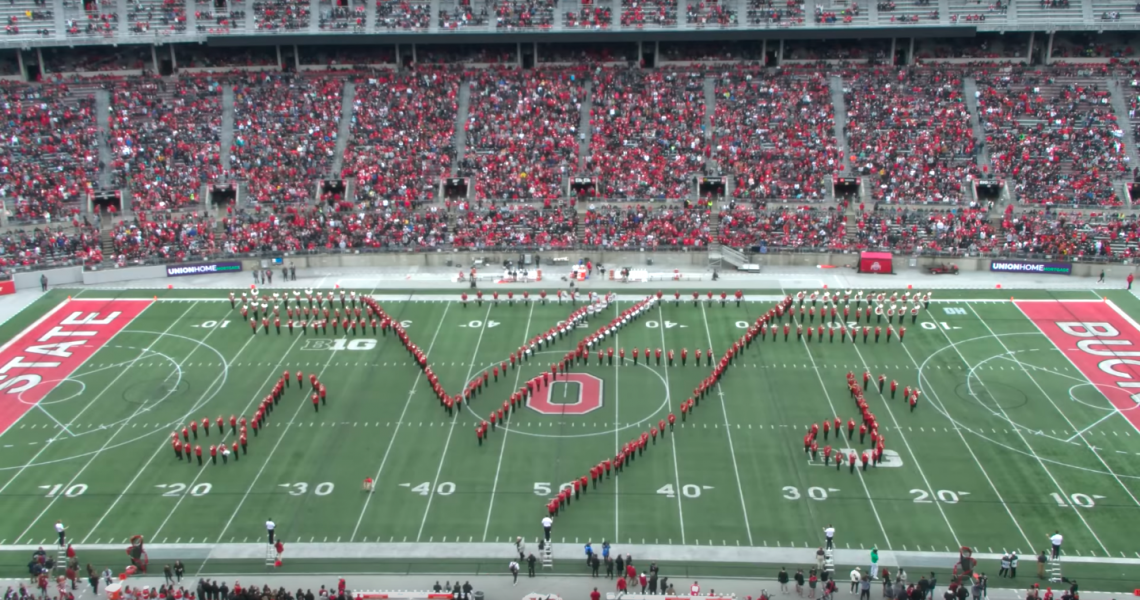 From Diver Down to touchdown! The Ohio State University Athletic Band took to their latest home game at halftime to pay tribute to the music of Van Halen.

Ohio State's marching band has previously gone viral for choreographed medleys paying tribute to music from video games, film scores, classic TV and hitmakers like Michael Jackson. The Athletic Band is a slightly different ensemble, a non-audition unit comprised of students, faculty and staff. It was this group that took the field during the Buckeyes' spring game on April 16, 2022.

READ MORE: What Dreams Are Made Of: Eddie Van Halen's Six-String Supremacy

And their four-song set was a killer tribute to one of the biggest rock bands of all time! "Running with the Devil," "Dreams," "Panama" and "Jump" were played, complete with dazzling choreography that saw the group taking the shape of guitars, a hot rod and, of course, the classic VH logo.