The Proclaimers Took More Than "500 Miles" to Reach the Top 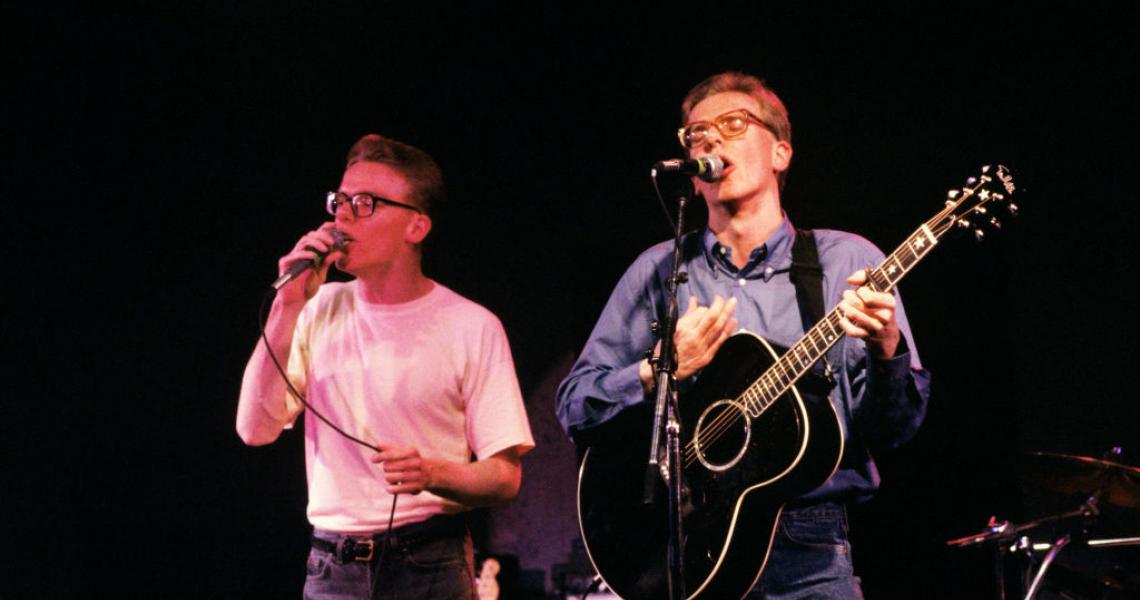 The history of the pop charts is colored by unlikely acts who reached incredible peaks. The sight of The Proclaimers - bespectacled Scottish twin brothers bringing a brogue-heavy love song to gold record status in America - is certainly one of those unexpected stories. And it's even weirder when you consider just how long it took to reach audiences in the States!

Craig and Charlie Reid formed The Proclaimers in 1983, taking unlikely inspiration from punk bands despite their stripped-down sound. Debut album This is the Story (1987) featured only their vocals and guitar, but when the single "Letter from America" was released, it was remixed with a full band arrangement courtesy of producer, "Baker Street" singer and fellow Scotsman Gerry Rafferty. Bolstered by local television appearances, the song hit No. 3 on the U.K. charts.

The Proclaimers' next album Sunshine on Leith (1988) - a reference to the port area of Edinburgh, where the Reids were born - was their first to be recorded with a full band. Like its predecessor, it was full of catchy tunes like "I'm on My Way" and "Cap in Hand," all of which featured the close harmonies of the Reids - but opening track "I'm Gonna Be (500 Miles)" certainly had a special air about it, something even the duo themselves were aware of. "I can remember sitting at the piano and the chords just came to me," Craig told the Daily Mail in 2007. "I reckon I just wrote the whole thing in 45 minutes. I knew that it was a good song, maybe even a single, but I had no idea how popular it would become."

And while Sunshine on Leith was a bona fide hit in Europe (becoming a Top 10 album) and Australia (where "I'm Gonna Be" hit No. 1 and "I'm on My Way" reached No. 3), reception in America was modest. When it hit U.S. record stores in 1989, The Proclaimers did give a spirited performance on "I'm Gonna Be" on Late Night with David Letterman, but the song never made an impact on the charts. Undeterred, The Proclaimers issued an EP in 1990, King of the Road, partially made up of cover songs. And so it went...until Hollywood unexpectedly came calling.

Benny & Joon was a romantic drama about a pair of titular siblings whose lives are changed when the mentally-ill Joon (Mary Stuart Masterson) falls in love with a local eccentric (Johnny Depp). Masterson's character is known for her painting, and when director Jeremiah Chechik asked her to supply her own painting soundtrack, one song caught his ear. "She brought tons," he told Entertainment Weekly, "but when we started playing The Proclaimers, I just thought, Man, this is too perfect — a romantic song about someone who will walk a thousand miles, or act crazy, or do anything for true love.”

"I'm Gonna Be (500 Miles)" was released to promote Benny & Joon in 1993 - five years after Sunshine on Leith first hit stores - complete with a video featuring scenes from the film. The picture became a sleeper hit at the box office, and The Proclaimers found themselves enjoying an unlikely, belated windfall in America, where the song peaked at No. 3. It would be their only chart hit in the U.S., but the popularity of the song lives on, from physical (an expanded Sunshine on Leith is due on vinyl for Record Store Day 2022) to streaming. And in 2007, a re-recording of the song by the duo for the British charity Comic Relief soared to No. 1 in England, becoming one of the top-selling singles of the year.