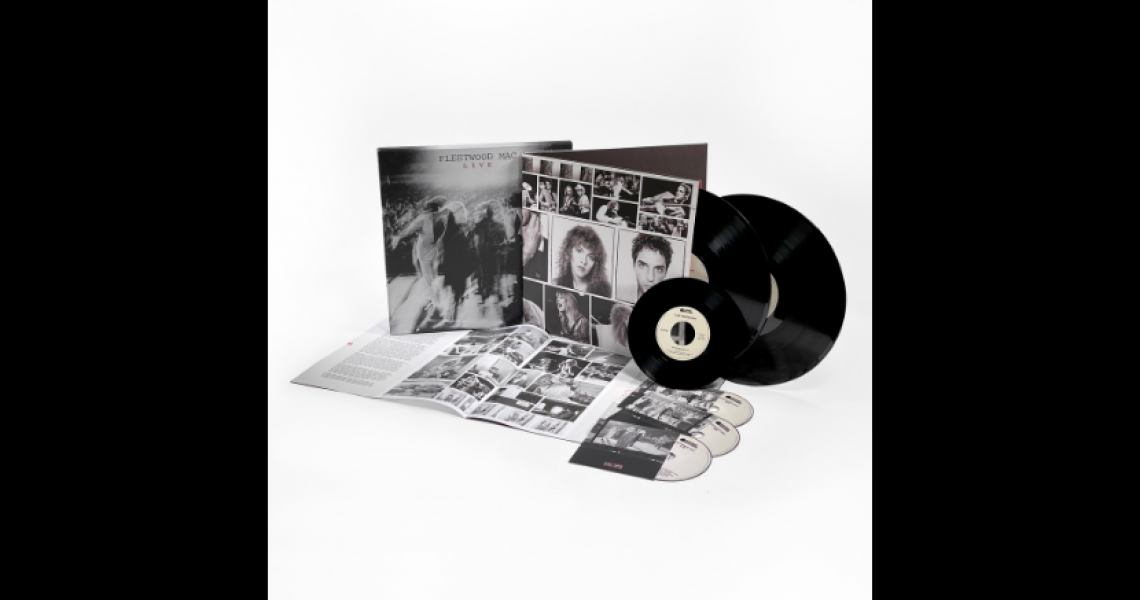 Anyone who's missing Fleetwood Mac in concert has a reason to celebrate today: their 1980 album Live is getting reissued as a box set on April 9!

The original album featured the "classic" '70s/'80s lineup of the band - Mick Fleetwood, John and Christine McVie, Lindsey Buckingham and Stevie Nicks - as they toured the world in support of their blockbuster Rumours and Tusk albums. Hits like "Dreams," "Rhiannon," "Go Your Own Way" and "Don't Stop" were all included, plus new songs like the Nicks-penned "Fireflies" - recorded for a family-and-friends show at the Santa Monica Civic Auditorium - plus spirited versions of the Mac's Peter Green-penned "Oh Well" and a closing cover of The Beach Boys obscurity "The Farmer's Daughter."

For this new super deluxe edition, Live is expanded with a CD of 14 more previously unreleased performances spanning from 1977 to the band's 1982 tour in support of Mirage. Highlights include versions of "The Chain," "You Make Loving Fun," "Tusk" and "Hold Me." The disc closes with a rare remix of "Fireflies" released as a single more than 40 years ago. The box set also includes the original album on two LPs plus a bonus 7" single containing previously unreleased studio demos of "Fireflies" and another exclusive song, the Christine McVie-penned "One More Night."

The 12" x 12" box also includes a booklet of rare photos, the full itinerary of the band's Tusk tour and new liner notes by David Wild. A special edition of the box, limited to 1,000 copies, adds replicas of original tour merch including a poster, ticket and laminate.