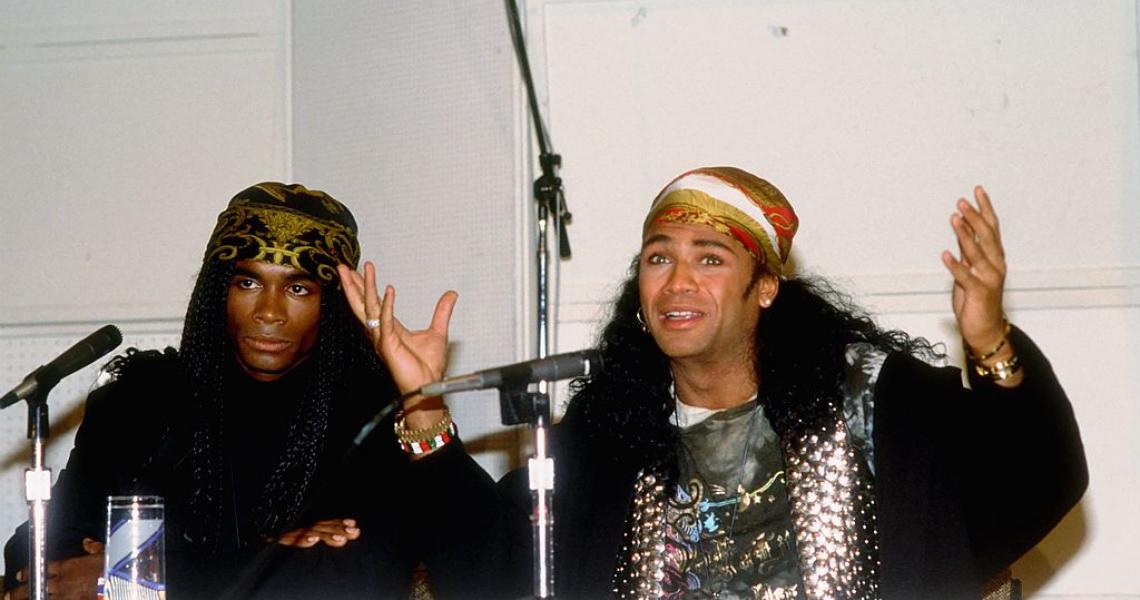 Milli Vanilli ended the '80s as one of the decade's last big new hitmakers. Not long into the '90s, their status ended with a shocking confession on Nov. 16, 1990: they didn't sing a note on their hits.

Aspiring models and musicians Rob Pilatus and Fabrice Morvan were recruited by producer Frank Farian to serve as the "faces" of Milli Vanilli, a project of cutting edge dance-pop that was actually performed by older, less marketable musicians. After achieving success throughout Europe in 1988, Arista Records took the duo to America a year later, and their debut album spun off an impressive five Top 5 hits: "Girl You Know It's True," the chart-toppers "Baby Don't Forget My Number," "Blame It on the Rain" and "Girl I'm Gonna Miss You," and "All or Nothing." Critics were unimpressed by their striking looks and dance moves, but it was hard to dispute six million copies sold by their debut - or a Grammy Award for Best New Artist.

Privately, the duo were agitated, asking Farian to have more artistic input in their work. And signs of trouble were starting to show as early as the summer of '89, when the vocal for "Girl You Know It's True" started skipping during a live concert in Connecticut. Months before a planned follow-up album, one of the real singers went to the press; Farian in turn fired the duo and all parties spent the week confessing the truth.

"The last two years of our lives have been a total nightmare," Pilatus told the Los Angeles Times. "We've had to lie to everybody. We are true singers, but that maniac Frank Farian would never allow us to express ourselves." At the ensuing press conference, the pair made history by turning in their Grammy Awards - the only time such a thing happened, before or since.

Rob & Fab recorded a record on their own, but the damage was done. On the eve of the release of another Milli Vanilli album in 1998, Pilatus died of an accidental overdose. Morvan continues to perform - and is actually pretty good, too. Farian was never punished for his deceit; after all, the duo were never credited as vocalists anywhere except in America - a place where anybody can believe almost anything.