On Labor Day Weekend '82, It Was All About US 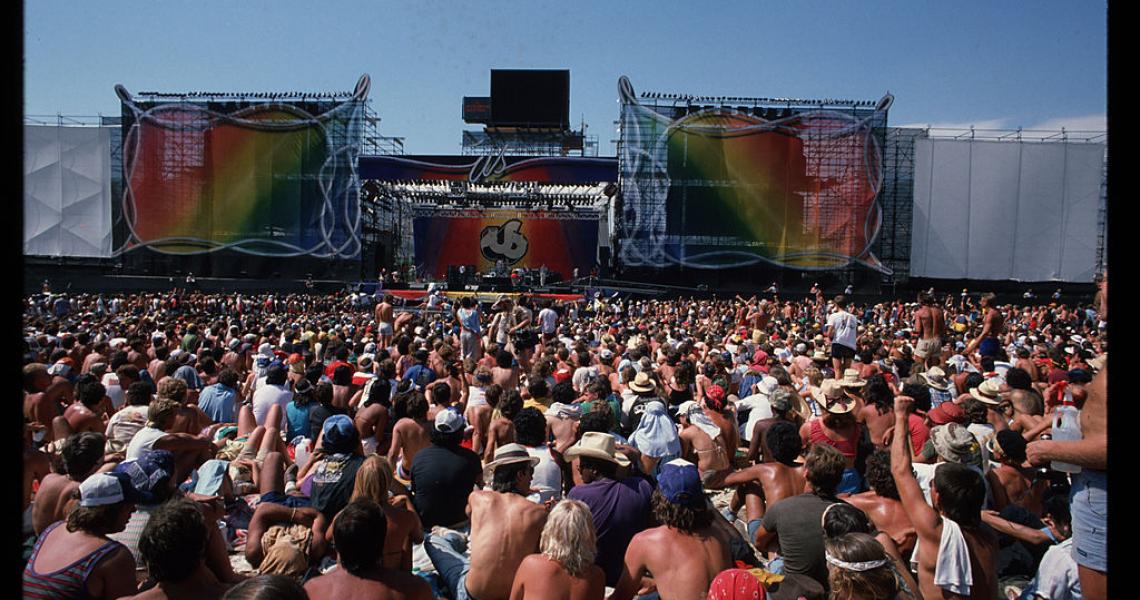 This weekend in 1982, the one truly great rock festival in Homer Simpson’s lifetime came to a conclusion...and since this is a very specific reference which only hardcore Simpsons fans are likely to appreciate, we’ll go ahead and clarify that, yes, we are talking about the first US Festival.

(Five internet points to anyone who can name the fictional rock festival which inspires this remark.)

If you didn’t come of age in the ‘80s, there’s a pretty solid chance that you’ve never even heard of the US Festival, and that’s fair enough, as the first one was also the penultimate one. The second and final installment of the event took place over the course of Memorial Day weekend the following year, and although portions of both events have made their way onto home video, the truth of the matter is that both US Festivals are – like so many of these things – so cost-prohibitive that we’ll likely never see a full official release of either of them.

READ MORE: May 1983: US Festival Day One Kicks Off

Still, given that the whole shebang came to us courtesy of Apple co-founder Steve Wozniak, you’d think that he could find it in his heart – and, indeed, his bank account – to make such a release happen...although, to be fair, he’s probably still feeling a little wounded over the fact that each of the two events ended up $12 million in the red.

Where’d all the money go? Well, if you take a look at the lineup over the course of its three-day run, then you can reasonably presume that the majority of the funds went into the pockets of the top-tier talent who played over the course of those days.

If nothing else, you can’t accuse Wozniak of skimping on the big names. Indeed, if you’ve seen the news about how ABBA is building an arena for their new live concert experience, you could arguably say that they’re pulling a Wozniak, since he actually paid for the construction of a new open-air field venue and a state-of-the-art temporary stage at Glen Helen Regional Park for the US Festival. (These days, it’s the home of the San Manuel Amphitheater.)

Still, it’s a damned shame that the man couldn’t manage to pull a profit on the event on either occasion, because, boy howdy, he sure had some good music goin’ on.