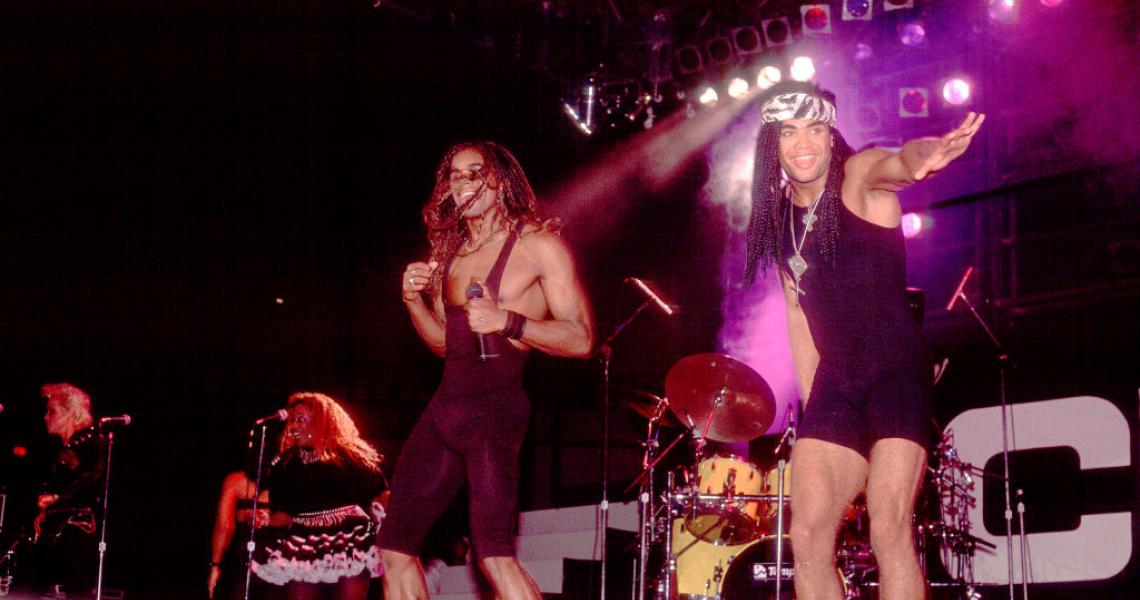 Jluy 21, 1989. It's a moment that forever lives in music industry infamy. Milli Vanilli, who at the time were among the biggest names in pop music, were performing at theme park Lake Compounce in Bristol, Connecticut. As they German duo launched into the smash hit song, "Girl You Know It's True," something went terribly awry during the chorus. The tune's familiar vocal refrain was stuck on a loop. Everyone onstage froze. Milli Vanilli singer Rob Pilatus bolted.

“I knew right then and there, it was the beginning of the end for Milli Vanilli,” Pilatus admitted to the Los Angeles Times (via Associated Press) in November 1990. “When my voice got stuck in the computer and it just kept repeating and repeating, I panicked. I just ran off the stage.″

30 years ago today, Milli Vanilli was caught lip syncing at Lake Compounce during their performance of “Girl You Know It’s True.” 😯 pic.twitter.com/jwO7nUZrz4

MTV personality "Downtown" Julie Brown, on the road as the host of the Club MTV tour, had to personally cajole Pilatus back to the stage. When they did return, according to Brown, the crowd didn't care about the technical mishap.

Being a time long before social media, the incident caused barely a ripple outside of those in attendance at the Lake Compounce show. The group's massive success rolled on, culminating in February 1990 when Milli Vanilli was awarded the Grammy for Best New Artist.

Soon, however, the truth behind Milli Vanilli slowly began to unravel in very public fashion. In November 1990, Pilatus, fellow frontman Rob Morvan and producer Frank Farian outed themselves. Farian had fired both singers, who were insisting on singing on the group's second record.

"I said, 'No. I don't go for that.' Sure, they have a voice, but that's not really what I want to use on my records," Farian told the Associated Press.

"I feel like a mosquito being squeezed," countered Pilatus. "The last two years of our lives have been a total nightmare. We've had to lie to everybody. We are true singers but that maniac Frank Farian would never allow us to express ourselves."

A week after the revelation that neither faces of the group had performed on the record, Milli Vanilli was publicly stripped of the band's Grammy award for Best New Artist. It was the first and to date only time a Grammy award has been rescinded.