July 1987: The Grateful Dead Releases In The Dark 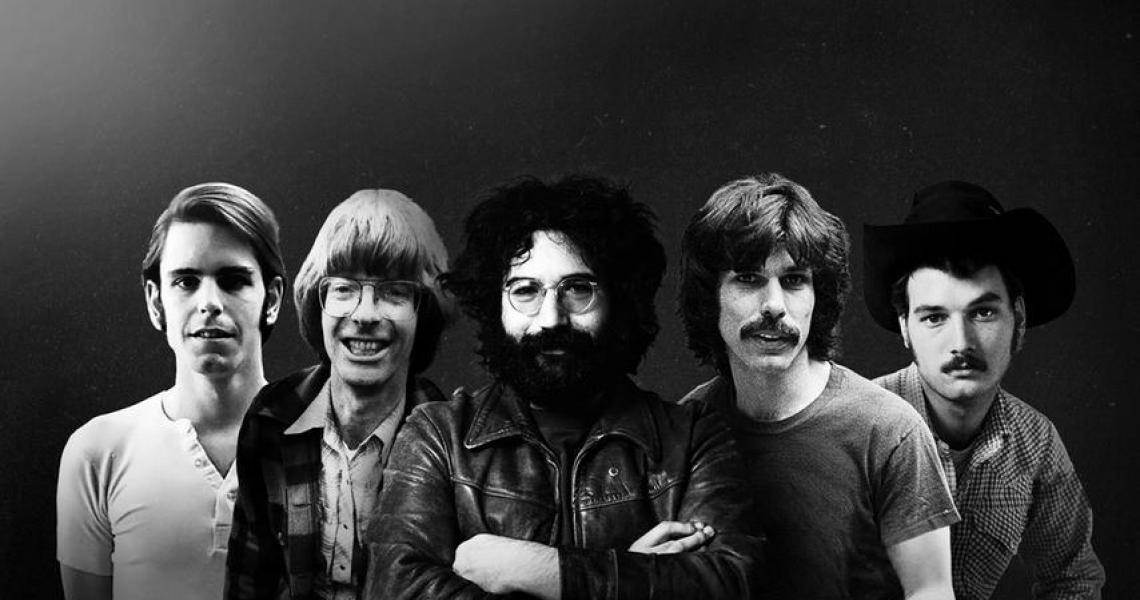 35 years ago, the Grateful Dead released their twelfth studio album, an LP which provided them not only with the only top-10 album of their career but, indeed, a top-10 single which remains the only top-40 single of the band’s career.

Recorded at Marin Veterans Memorial Auditorium in San Rafael, California, and co-produced by Jerry Garcia and John Cutler, In the Dark was a long time coming: the Dead hadn’t issued a new studio album in half a dozen years, not since 1981’s Dead Set. That said, the majority of the songs on the LP had actually been performed live by the band since ’82 or ’83, so to say that they’d been road-tested is a significant understatement.

In his 2015 memoir, drummer Bill Kreutzman wrote about the unique recording process for the band, something you were probably wondering about when you read where it was recorded. The intent, you see, was to record the baseline tracks for the LP in a darkened theater (hence the title of the album) without an audience but with the same lighting as they’d have during a concert.

“We ran all the electric instruments through amplifiers in the basement, in isolation rooms, and kept the drums bright and loud on stage,” wrote Kreutzman. “Everything was fed to a recording truck parked outside the venue. Everybody played their parts in real time, together. When we took breaks, we'd go into the wings by the stage door and sit there and talk about what we'd just done. Talking about the music, then going right out to play the music, then talking about it some more was something that we really should've done more often — the analysis served the songs and the camaraderie served the band. It really put us in a good spot.”

From there, the band took the tracks to the studio and fixed them up as necessary, and while it was definitely an experimental method of recording an album, it was one that paid off for the band in spades, particularly in regards to “Touch of Grey.”

“Touch of Grey” was one of those aforementioned songs that had gotten the better part of a half-decade in road testing, having made its live debut on September 12, 1982 at the Capital Centre in Landover, Maryland. The video, which was directed by Gary Gutierrez, the man behind the animation sequences in The Grateful Dead Movie, helped considerably with the single’s success, earning a tremendous amount of airplay on MTV.

In addition to hitting #9 on the Billboard Hot 100, “Touch of Grey” also topped the Mainstream Rock chart, but three other tracks from the album also found success on the latter chart: “Hell in a Bucket” (#3), “West L.A. Fadeaway” (#40), and “Throwing Stones” (#15). As for In the Dark itself, the album made it all the way to #6, which was six places higher than the band’s previous studio album high of #12 for 1975’s Blues for Allah. Of course, the Dead still had one more studio album in their holster – 1989’s Built to Last – but good though it might’ve been, it never got beyond #27, leaving In the Dark as their career high on the Billboard 200.