Get It Up: Looking Back At The Time's Debut Album 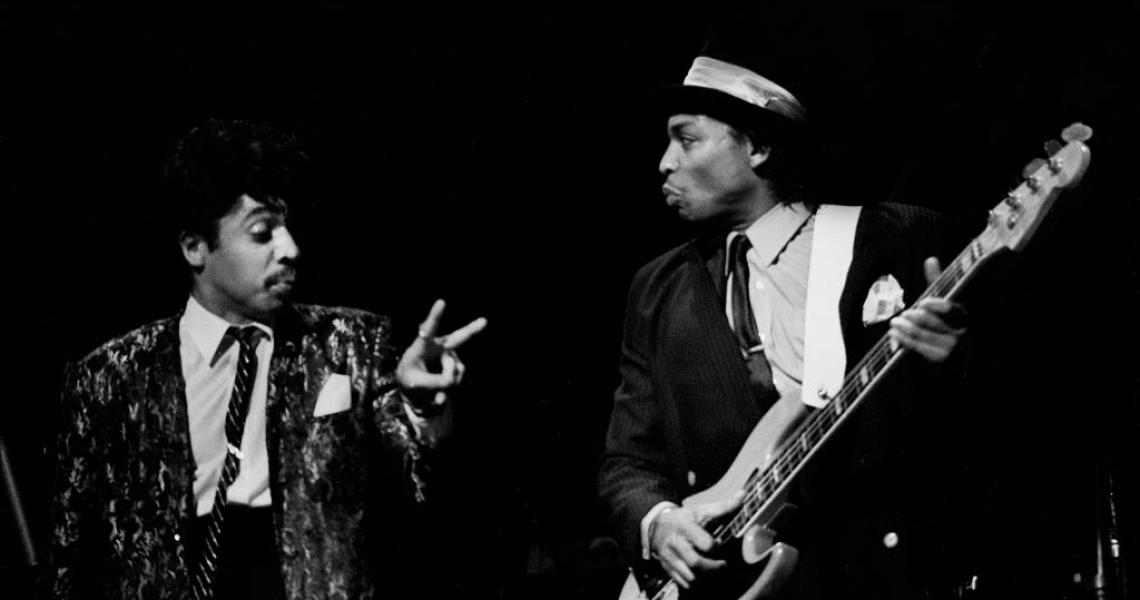 In 1981, the free-flowing creative mind of Prince - which had already produced three albums in three years (with a fourth on the way) and a pop hit in "I Wanna Be Your Lover" - started going into overdrive. Having proven his worth as a singer, songwriter, producer and multi-instrumentalist, he was keen to put those talents to work for others, namely other fellow acts on the Minneapolis music scene. That summer, fans heard the first example of his work for others...although he tried his hardest to make sure you didn't know.

When it came out on Warner Bros. Records in July 1981, The Time's self-titled album - recently reissued for its 40th anniversary with a bonus LP of single edits - had nothing to indicate that it was a Prince project. The songs were co-written and produced by a Jamie Starr of The Starr Corporation in tandem with frontman Morris Day (one of six men on the black and white album sleeve). Of course, Prince enthusiasts - a devoted group in the days before 1999 gained exposure on MTV - had only to put the needle down on the LP to know who was involved. Indeed, Morris is among the only members of the band to actually perform on the record; the rest is all Prince, with input from other members of his band like guitarist Dez Dickerson and keyboardist Lisa Coleman. (All three of their voices are heard throughout.)

It's not as though the group was hurting for talent. The Time was packed with natural talents, from guitarist Jesse Johnson and keyboardists Monte Moir and James "Jimmy Jam" Harris III to bassist Terry Lewis and drummer Garry "Jellybean" Johnson. Prince's command of the studio is admirable, as always, but that control doesn't always allow you to enjoy what you're hearing - particularly on some of the lesser, shorter tracks like the synth-heavy "After High School" and the romantic "Oh, Baby."

Where The Time does succeed is where Day's irascible personality is allowed to shine through. "Get It Up" brings some bright electro-funk to the album's first side, but it's on the second where he gets to stretch out - literally - on the 10-minute "Cool" and the leering closer "The Stick." Here we get the first glimpses of the Day who'd become a comic foil for Prince and a beloved cultural presence in the '80s and '90s - a swaggering hipster who's so self-assured he asks for a mirror multiple times during "The Stick." (In concert, hype man Jerome Benton would soon turn this into an essential piece of Time lore, ripping a mirror off a bathroom wall for Day to preen with onstage.)

Within a year, as Prince's Jamie Starr universe began to expand, The Time would become the band most of us recall fondly: a masculine gang of ace musicians whose formidable concert act challenged their de facto boss on tour. (When the group appeared as the comic bad guys in Prince's Purple Rain, he'd already made some changes to the line-up, pushing out Jam and Lewis and freeing them up to find decades of work as songwriters and producers.) What this album offers, then, is a chance for a little bit of pre-history: The Time before their watches were set for success, and Prince before his vision as an omnipresent pop force was perfected.