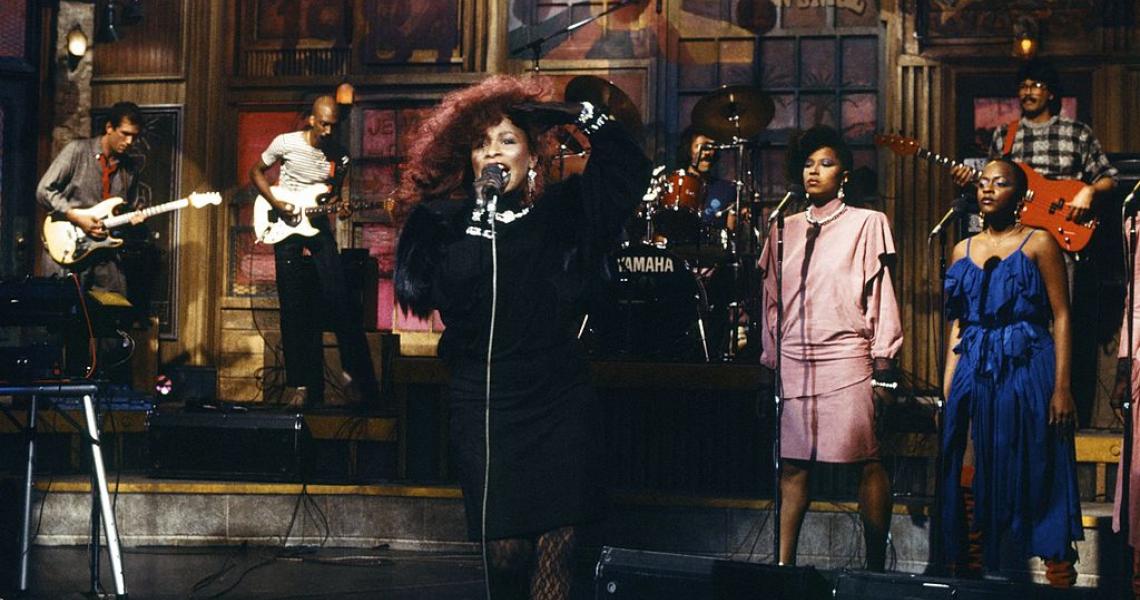 The Rock and Roll Hall of Fame presents its nominees for the class of 2021 as its most diverse ever. This is inarguably true: for one, it's the first time in the body's history that a class could entirely be made up of female acts. There's also a higher-than-average accounting for artists of color.

Diversity aside, however, there's no arguing the real truth of this year's class: Chaka Khan must be inducted. The Queen of Funk deserves your fan vote, and she deserves the recognition of the general voters at large. Don't believe us? We've got five reasons why it's time.

1. It's actually past time. On her own or as a member of Rufus, Khan has been nominated seven times: in 2012 and every year since 2016. Only CHIC's nine nominations with no induction (Nile Rodgers received an Award for Musical Excellence in 2017) surpasses that also-ran status. And she's been eligible long before that - since 2003. The time has been right to recognize her contributions.

2. An incredible body of work. Just look over the track list to Khan's compilation Epiphany: The Best of Chaka Khan Vol. 1 - which happens to have a color vinyl version available this week. Those tracks alone span an incredible array of genres and styles tied together by one expressive voice. The head-bopping funk of Rufus classics like "Tell Me Something Good" and "Ain't Nobody." The unbridled disco of "I'm Every Woman." The fiery jazz of "And the Melody Lingers On (A Night in Tunisia)" - with Dizzy Gillespie on trumpet - or the Ella Fitzgerald-esque "The End of a Love Affair." And who could forget "I Feel for You," perhaps the only Prince cover to truly surpass the original? Chaka Khan could do it all - and frequently did.

3. A victory for Black women everywhere. Less than 30 of the Hall's inductees since 1986 have been women of color. While that tide is starting to turn, Khan deserves the credit afforded to contemporaries like Aretha Franklin and Donna Summer or forebears like R&B songstress LaVern Baker - whom Khan inducted back in 1991.

4. A modern influence. It's not just her peers: recent inductees like Janet Jackson and Whitney Houston owe parts of their style from Chaka's powerhouse, pop-friendly delivery. Even the spate of hip-hop artists who've been welcomed into the Hall's ranks can in part thank Khan, who helped the genre find mainstream attention by putting Melle Mel's guest verse on "I Feel for You."

5. The performance would be incredible. The Hall is hoping to offer a genuine induction ceremony for the Class of 2021 this fall, with COVID-19 vaccines hopefully more widespread and administered to performers and fans. It's hard to imagine a more rewarding experience after staying indoors without concerts for well over a year than watching a living legend shake the rafters with "Tell Me Something Good," "Sweet Thing," "I Feel for You," "Through the Fire," "I'm Every Woman" or any of the wonderful hits she's blessed us with over the past few decades.