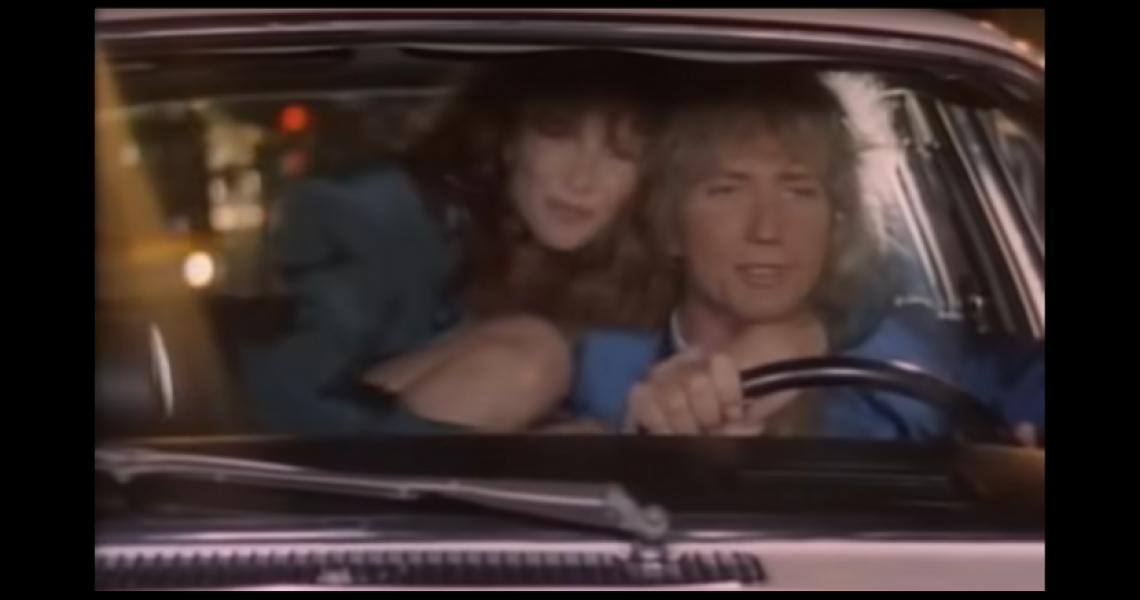 When the couple tied the knot on Feb. 17, 1989, the pair had known each other for two years thanks to Kitaen's iconic performances in several Whitesnake music videos, most memorably the chart-topping "Here I Go Again," in which she danced suggestively on a pair of sports cars. Kitaen, who'd appeared on the cover to Ratt's breakthrough Out of the Cellar, also appeared in the videos to "Still of the Night," "Is This Love" and "The Deeper the Love."

Director Marty Callner picked Kitaen after original choice Claudia Schiffer fell through. "I was taking Tawny out for dinner," Coverdale told Consequence of Sound. "We went to his house on the way to dinner, he opened the door, his jaw hit the floor - as you know, Tawny was an absolute beauty - and he said, ‘That’s her! She’s the Whitesnake woman!’"

Coverdale later reflected on the difficulty of that time. "We couldn’t go anywhere without being mobbed. We were chased down Sunset Strip in my white Jag, and I’m going: 'This is not on. This is not what I’m here for,'” he later told Louder Sound. "That’s when I decided to get the hell out of Dodge and move to Lake Tahoe."

While the pair were not to last, divorcing in 1991, Coverdale's still going strong. He's been married to third wife Cindy since 1997, and has recently remixed and revisited the Whitesnake catalogue through a trio of themed compilations, including The Blues Album, headed to record stores on Feb. 19, 2021.