Elvira Mistress Of The Dark and Thriller: The Collab That Could Have Been 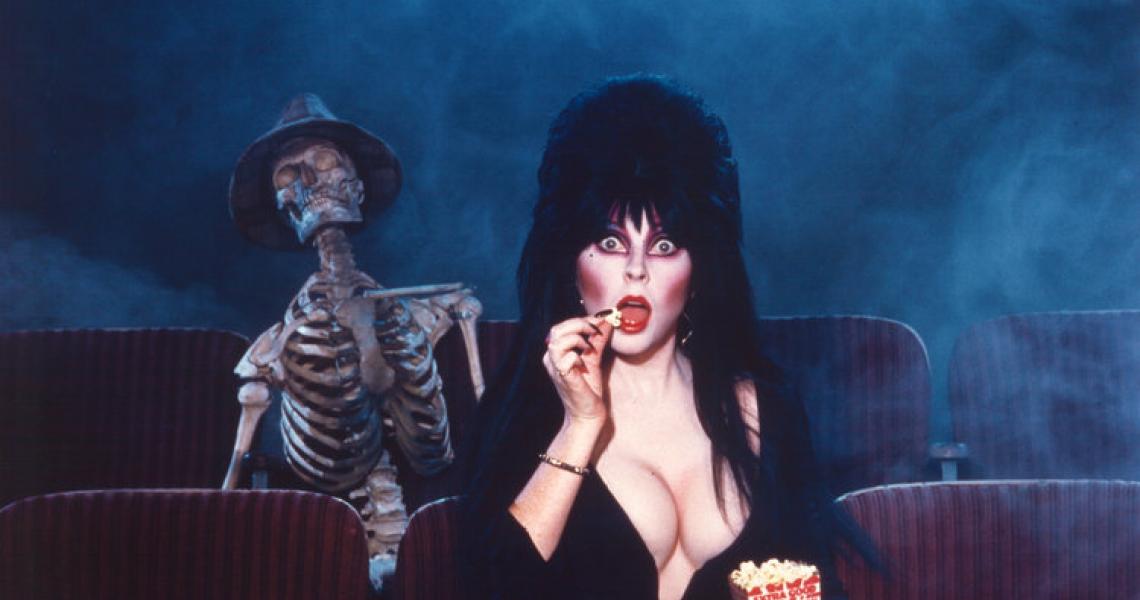 Call her a B-movie scream queen, but since 1981, Elvira has been a notorious Halloween staple. 40+ years in and she is as she was, The Queen of Halloween. The first horror movie syndicated host, she became an icon in the 1980's. Elvira became a successful persona in a tight dress and red lips, originally created by Cassandra Peterson for television. As recounted in Decider, Cassandra and her friend Robert Peterson, "cooked up a seductive look based on Sharon Tate’s role in Polanski’s The Fearless Vampire Killers, only to be told they needed to come up with something all black. Thus the Elvira of the daringly plunged neckline and the gravity-defying beehive was born."

Elvira, Mistress of the Dark, that she was, became so prominent to horror (and incidentally to music) that she was initially envisioned for the narrated introduction to Michael Jackson's 1983 smash "Thriller." Of course, as we know, the final spoken word sequence in the track was provided by the legendary actor Vincent Price. However, songwriter Rod Temperton, originally wanted Elvira to record the part and suggested her as a candidate to producer Quincy Jones.

As Elvira discusses in the latest episode of the Totally 80's podcast to host Lyndsey Parker, "Vincent Price's wife Coral Brown was good friends with Quincy Jones' wife. They were like best buddies and she talked Quincy Jones' wife into getting Vincent Price, her husband." But, as Elvira later disclosed "I freaking love Vincent Price more than you know anything in the world, so the fact that he got it is...is ok with me. If I am going to be beat out by somebody please let it be Vincent Price."

Elvira of course would go on to release her own music, like 1985's "Trick or Treat," or "Here I Am" from the 1988 soundtrack for Elvira, Mistress of the Dark, a comedy horror classic in it's own right.

We can only imagine what an Elvira introduction would have sounded like to "Thriller."