Bernie Worrell: A (Talking) Head of His Time 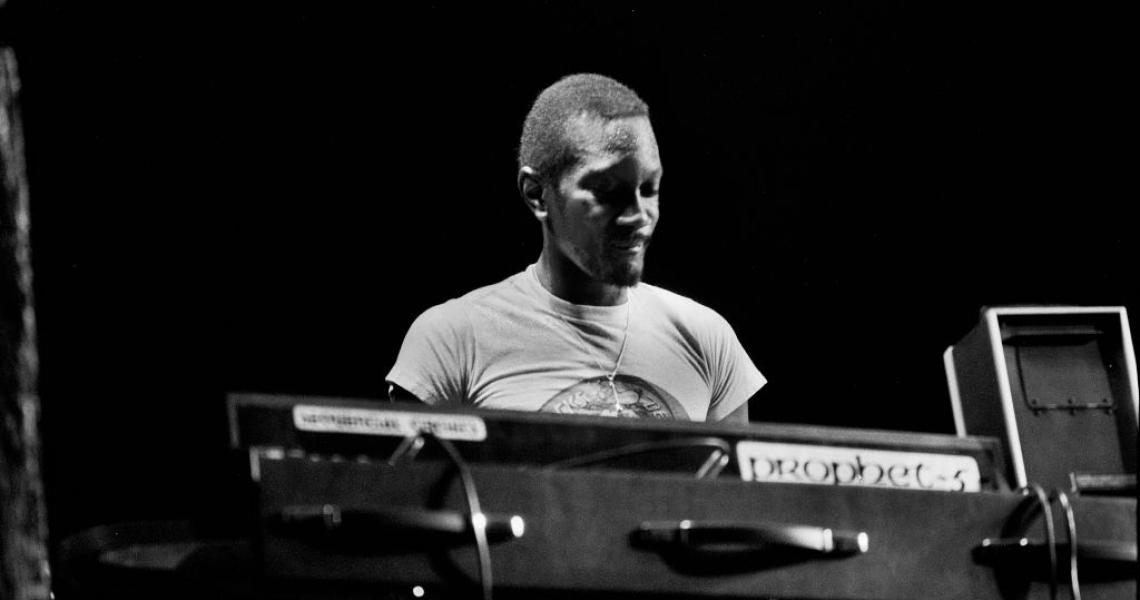 On April 19, 1944, George Bernard Worrell, Jr. - known as Bernie to his friends and fellow musicians - first entered the world by way of Long Branch, New Jersey, and before he concluded his stay on this planet on June 24, 2016 at the age of 72, he found his way into the hallowed halls of the Rock and Roll Hall of Fame as a member of Parliament-Funkadelic. When he wasn’t busy getting funky with George Clinton and the gang, however, Bernie still managed to keep plenty busy behind the keyboard, including a very notable stint with Talking Heads.

But lest we forget, Bernie didn’t just play with Talking Heads within the band. No, dear friends, he also popped up on some of their solo efforts as well, and since today’s Bernie’s b-day, we thought we’d commemorate the occasion by offering up a list of some of the top tunes from within the Heads’ circle that feature the wonderful Mr. Worrell’s work.

David Byrne, “Big Business” (1981): This is a track from The Catherine Wheel, the score Byrne had been commissioned to write by Twyla Tharp for her latest dance project. The project premiered on Sept. 22, 1981, at the Winter Garden Theater in New York City, but it would take the better part of three more months before Byrne’s score for the project was released, and were it by any other musician, it’s likely that it would’ve sunk into art-house cult status, only to be remembered by a handful of Tharp fans. (This isn’t a knock on Tharp, only an observation that there really haven’t been a lot of platinum-selling scores to dance projects.) In this instance, however, not only did the album attract a fair amount of attention because of Byrne’s day job as frontman for Talking Heads, but the band also began to incorporate several of the album’s songs into their set list: in addition to doing “Big Blue Plymouth” and “My Big Hands” at various shows, you can find performances of “Big Business” and “What a Day That Was” in their film Stop Making Sense, with the latter track even making it onto the soundtrack.

David Byrne, “Combat” (1981): When the music from The Catherine Wheel was released, it actually ended up getting two separate albums, one entitled Songs from the Broadway Production of The Catherine Wheel and the other entitled The Complete Score from the Broadway Production of The Catherine Wheel. These days, of course, no one even bothers with the former album, since why would you only want part of it when you could have the whole thing? But just for the heck of it, we thought we’d include this tune, too, since it’s a Worrell contribution that isn’t on the former album. You’re welcome, dear reader!

Jerry Harrison, “Magic Hymie” (1981): Worrell pops up on three different tracks within Harrison’s debut solo LP, with the other two being “Slink,” on which he plays organ, and “Fast Karma/No Questions,” on which he plays clavinet. We opted to highlight this song, however, because he co-wrote the track with Harrison and Nona Hendryx, who also contributes vocals to the tune.

Talking Heads, “Life During Wartime” (Live) (1982): This is taken from the band’s live album, The Name of This Band is Talking Heads, and of the songs featuring Bernie, it seemed only appropriate to offer up this one, since - in addition to being one of the band’s best-known tunes - it was also released as a single.

Talking Heads, “The Great Curve” (Live) (1982): The final track on the aforementioned The Name of This Band is Talking Heads, this tune seemed worthy of inclusion because it’s the only song on the album that credits Bernie with contributing vocals. We’re not saying that you can necessarily hear him, mind you, but he’s definitely in there somewhere!

Talking Heads, “Girlfriend is Better” (1983): Despite being all over their live albums, Bernie only pops up on a single track from the band’s ’83 studio album, Speaking in Tongues, but that certainly makes it easy to narrow down which song to include from the LP. Ironically, this song was eventually released as a single. Not from this album, though: it was one of the two singles released from Stop Making Sense.

Talking Heads, “Psycho Killer” (1984): Hey, speaking of Stop Making Sense, here it is! And if we’re going to select one song, then we’re obviously going with this one, which is just about as definitive a Talking Heads song as there is.

Tom Tom Club, “Genius of Love” (1984): Okay, so obviously Bernie didn’t play on the studio version of this classic single, but he did play on the live version of the song that’s performed during Talking Heads’ Stop Making Sense, and since Chris Franz and Tina Weymouth are actually credited as Tom Tom Club there, then we’re crediting them the same way here!

Jerry Harrison: Casual Gods, “A Perfect Lie” (1988): What’s this? Another Jerry Harrison album? Why, it certainly is! If you were listening to college radio at the time of its release, then you probably remember it for the single “Rev It Up,” but this is the only tune that features synth work from Bernie, hence its inclusion. Oh, and hear that female vocalist? That’s Joyce Bowden, who has the distinction of having worked on both of Jerry Harrison’s Casual Gods albums, a David Byrne album (Uh Oh), and a Tom Tom Club album (Dark Sneak Love Action). That’s a full Talking Heads solo artists sweep!

Jerry Harrison: Casual Gods, “Kick Start” (1990): You know, we’re kind of starting to get the idea that Bernie kinda liked working with Jerry Harrison! This was one of the singles released from Harrison’s Walk on Water album, and while it didn’t chart, don’t let that stop you from checking out the album. (We’re big fans of “Flying Under Radar” in particular, but Bernie’s not on it, so no dice on including it here.)