Back in 1983: How Eurythmics’ “Sweet Dreams” Made Them Superstars 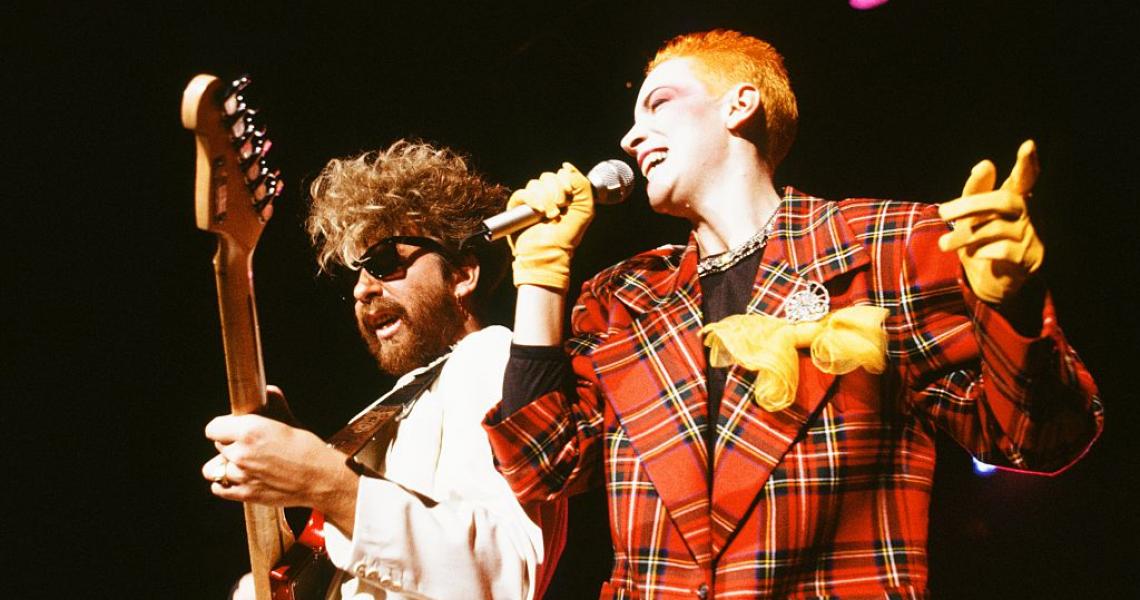 Annie Lennox and Dave Stewart had called it quits on their romantic relationship, but their creative journey as musical partners continued to ride along a bumpy path of highs and lows.

The former Tourists bandmates embarked on a new musical project as Eurythmics, debuting in 1981 with In the Garden, to an underwhelming, if any response within the UK. The album’s singles, including “Never Gonna Cry Again” and “Belinda” were a curious, experimental assembly of psychedelic pop and soft rock, tinged with electronics and an occasional horn, but failed to bring home any noteworthy chart compliment.

Lennox and Stewart were walking the plank for their next album. Without the financial backing of RCA, the duo were confined to the restrictions of a spare budget (which the pair individually loaned for themselves), making use of a basic 8-track homemade studio and their limited resources to make what would become one of the most danced-to albums of the decade.

In Sweet Dreams (Are Made Of This), the Eurythmics had sonically re-invented themselves, shifting from a full-band sound to a simplified, stripped down synthesizer and Lennox’s dark, bold and edgy vocals.

"We were massively in debt, and I’d come across some real monsters in the music business,” Lennox confided to The Guardian. “I felt like we were in a dream world, that whatever we were chasing was never going to happen. All this poured into ‘Sweet Dreams.’ From that first line, it’s not a happy song...The song was an expression of how I felt: hopeless and nihilistic.”

Yet, the two musicians had found their footing in the circumstances of uncertainty and vulnerability. The album highlights their free experimentation with the drum machines of their era to create emotional, yet addictive soundscapes, and Lennox’s vocals come out louder and higher than ever before.

"Sweet Dreams” had peaked at the #2 spot in the UK by March of 1983 and the sophomore album’s first track “Love Is A Stranger,” was also re-released that month, becoming their second Top Ten Hit as it nestled as #6.

It wasn’t until May 1983 that the title-track was released as a single in the US, when the label eventually became convinced of the song’s potential to become a global hit when “a radio DJ in Cleveland kept playing it from the album,” with “his studio phones [lighting] up.”

The accompanying video for the single only thrust the hit further to the forefront of the modern world. The iconic video entered heavy rotation on MTV, and as the song rode the swells of new wave to the top #1 spot on Billboard’s Hot 100, both music executives and their new worldwide fans were left in full captivation of the video’s visual prowess: Lennox’s striking, orange hair ablaze as she seductively commands the camera’s attention while Stewart casually fidgets away with an early 80’s drum machine.