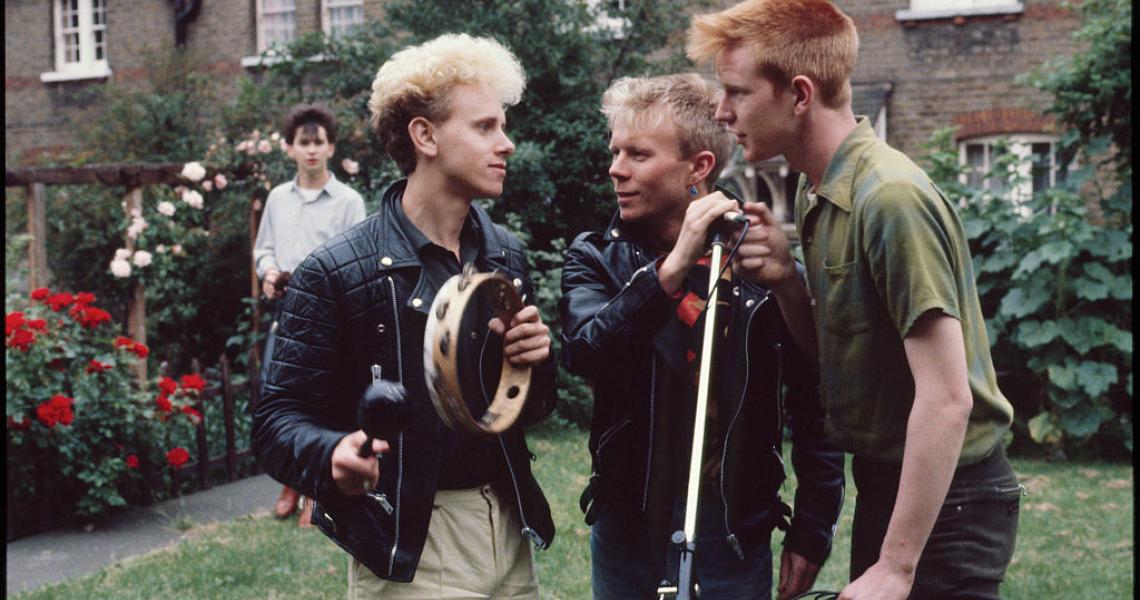 On Oct. 5, 1981, Depeche Mode released their first full-length album, an LP which proved to be the only one by the band to feature Vince Clarke within their lineup.

Recorded at London’s Blackwing Studios, located within a deconsecrated church, Speak & Spell may have been released in 1981, but Depeche Mode actually began – or at least started to begin – back in ’77, when the aforementioned Mr. Clarke and Andy Fletcher formed a band called No Romance in China. By ’79, however, Clarke was in a new band called The Plan and Fletcher...wasn’t. He was, however, in Clarke’s next band, Composition of Sound, founded in 1980 and soon added Martin Gore to its ranks. Before the year was out, Dave Gahan had also entered the group, and they’d also adopted a new name, one which Gore had borrowed from a French fashion magazine: Depeche Mode.

The band secured their recording contract with Mute Records when the label’s founder, Daniel Miller, saw them performing at the Bridge House in Canning Town, resulting in their debut single, “Dreaming of Me.” It’s one of the catchiest and most upbeat songs of the group’s career, something which can be directly attributed to Clarke, whose gift for penning catchy, bouncy tunes would serve him well in the wake of his departure from Depeche Mode. (More on that in a moment.)

Of course, “Dreaming of Me” wasn’t originally on Speak & Spell, although it’s since been tacked onto the end of the album, making it much easier to find than it otherwise would be. In fact, the reason it was left off the LP in the first place was because it failed to secure much in the way of chart action, missing the Top 40 of the U.K. singles chart.

On the other hand, the album’s two actual singles, “New Life” and “Just Can’t Get Enough,” hit No. 11 and No. 8, respectively, quickly transforming Depeche Mode from a casual success into a pretty big deal in Great Britain and a few other countries. Oh...not in America, of course. Well, except in the dance clubs, where the club kids latched onto the band from the start: the latter two singles hit No. 29 and No. 26 on Billboard's dance chart. Heck, even “Dreaming of Me” charted there, too. But consider that Speak & Spell hit No. 10 on the U.K. albums chart, whereas in America it stalled at No. 192 on the Billboard 200 before beginning its decline.

It didn’t take long for Clarke to grow weary of Depeche Mode, and although the reasons for his departure have varied over the years, it seems like it was a little bit to do with all of the interviews and photo sessions, a little bit to do with the touring, and a little bit to do with wanting to go in a different musical direction than his band mates. As a result, Clarke joined forces with Alison Moyet to form Yazoo and, after two albums, he teamed with Andy Bell to kick off their still-ongoing collaboration as Erasure.