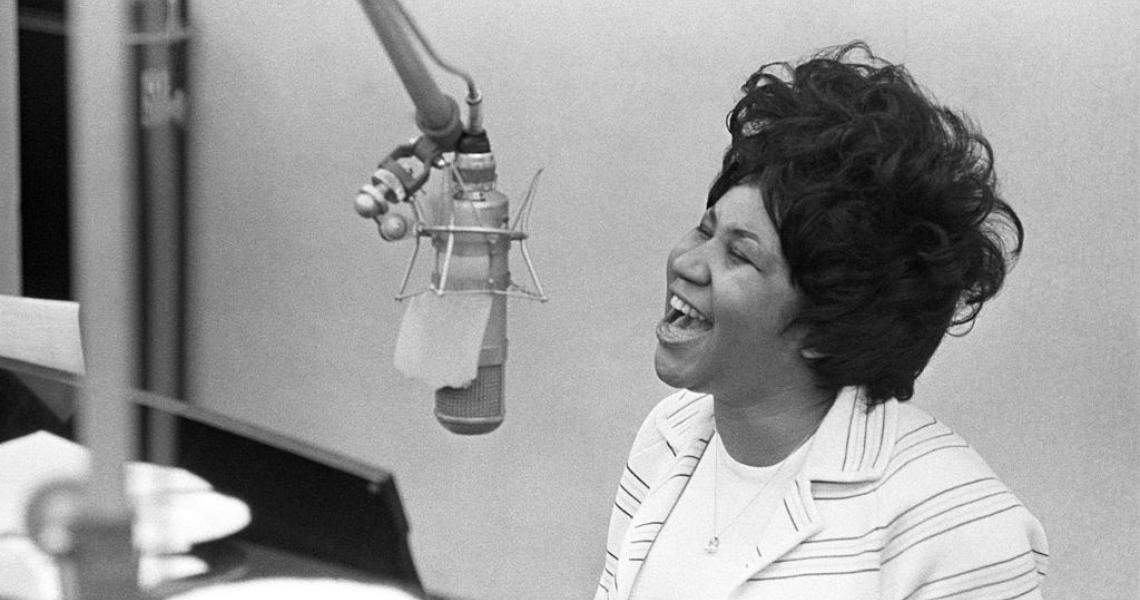 During an era where white rock stars predominantly ruled the charts, Aretha Franklin changed music forever as the first woman to unapologetically make black music part of the American mainstream. By 1987, the Queen of Soul would make history becoming the first female artist to be inducted into the Rock & Roll Hall of Fame, setting the stage for generations of women to come.

The year prior, the Rock & Roll Hall had announced its first ten inductees, but lacking within the announcement were any women. The following year, Franklin paved the road for other women with her powerful vocals and her musical authority as the 'Queen of Soul.'

With her unique instrument, Franklin pioneered the future of soul music with her career-defining hits, from her distinctively unapologetic, commanding delivery of Otis Redding's "Respect," to her powerhouse hit "You Make Me Feel Like) A Natural Woman." Both of these singles, along with "Chain of Fools" are also in the Grammy Hall of Fame.

Despite the enormity of the milestone, Franklin wasn't actually able to attend the ceremony herself, so instead, Rolling Stones' guitarist Keith Richards, Clive Davis and her brother Cecil inducted Franklin with her poignant speech, "To be the first woman inductee into the Rock and Roll Hall of Fame is a historical moment and indeed a milestone in my career..."

Franklin also performed at the grand opening of the Rock and Roll Hall of Fame Museum in Cleveland, Ohio in 1995, with an explosive rendition of "(You Make Me Feel Like) A Natural Woman."

Related: April 1987: Aretha Franklin & George Michael Hit #1 in America with "I Knew You Were Waiting (For Me)"

In 2018, Rock Hall issued a statement commemorating Franklin: "The first woman inducted into the Rock & Roll Hall of Fame, Aretha Franklin was an artist of passion, sophistication and command, whose recordings remain anthems that defined soul music. Long live the Queen."

Not to mention, the Queen received 18 Grammy Awards throughout her legendary career, taking home Best Female R&B Performance Grammy every year from 1968 to 1975. Franklin was also awarded the Recording Academy's Legend Award in 1991 as well as the Lifetime Achievement Grammy in 1994.

"I don’t think there’s anybody I have known who possesses an instrument like hers and who has such a thorough background in gospel, the blues and the essential black-music idiom," Atlantic Records co-founder Ahmet Ertegun shared with Rock Hall. "She is blessed with an extraordinary combination of remarkable urban sophistication and deep blues feeling...The result is maybe the greatest singer of our time."