Was "Don't Worry, Be Happy" the Decade's Weirdest One-Hit Wonder? 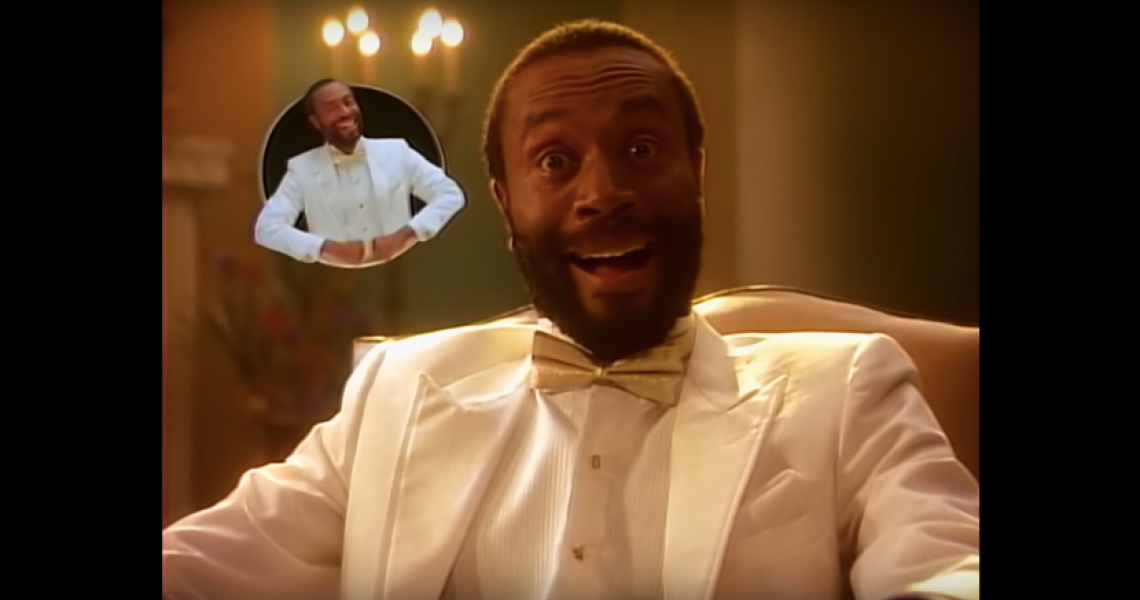 It's got no instruments other than the human voice and it sort of drove listeners nuts with its relentless cheer - but there's no denying that for a while, Bobby McFerrin charmed the heck out of the pop music scene with his unlikely hit song "Don't Worry, Be Happy."

The son of a pair of singers, music was in McFerrin's blood, but he tried hard to ensure his sound was like no other. That wasn't much of a stretch: after his first album of vocal jazz in 1982, follow-up The Voice was exactly that: no instruments except McFerrin's versatile tenor, imitating every instrument on originals and covers of The Beatles ("Blackbird"), James Brown ("I Got You (I Feel Good)") and jazz standards ("Take the 'A' Train"). In 1987, that talent was put to use on the theme for the fourth season of The Cosby Show.

McFerrin got the idea for "Don't Worry, Be Happy" from an unlikely source: Meher Baba, a spiritual figure from India who would send this simple message to his followers (including rocker Pete Townshend, who named The Who's "Baba O'Riley" after the mystic). He later admitted the perceived Jamaican accent with which he sang was really meant to recall a Mexican restaurant he liked eating at near the studio.

Thanks to a colorful video (featuring McFerrin dancing and goofing around with the late Robin Williams and actor Bill Irwin) and a plum spot on the bestselling soundtrack to the Tom Cruise drama Cocktail, "Don't Worry, Be Happy" became a runaway hit. It topped the Billboard Hot 100 for two weeks in the fall of 1988 - despite years of doo-wop groups, it is the first and only a capella song to do so - and would win three Grammy Awards, including Record and Song of the Year. (His jazz work had already earned him five trophies beforehand.)

McFerrin would at times distance himself from his only hit, briefly retiring it in protest when George Bush used it for his presidential campaigns and opting to immerse himself further in jazz and classical works for the rest of his career. But despite a backlash, he never regretted the song's success, nor its ability to connect to others. "I walk down the street now and people say, 'Don't worry, be happy' and it gets me to thinking and gets me to smile," he said at the time.