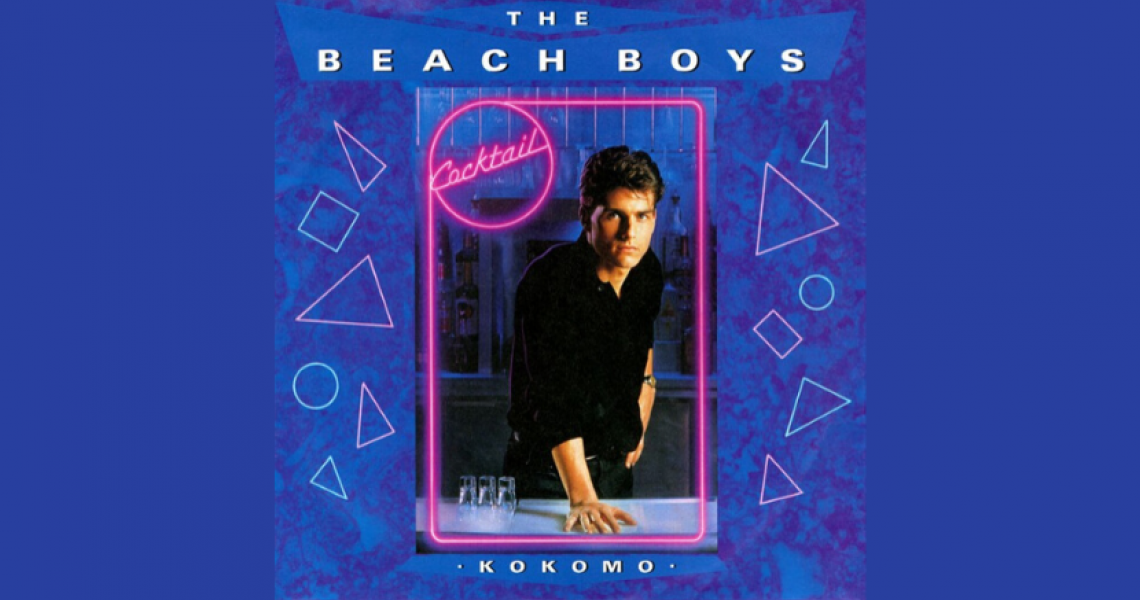 The year was 1988 when the film "Cocktail" hit theaters and suddenly, a place called "Kokomo" came into existence.

Featured on the soundtrack of the bartender drama, "Kokomo," the blissful pop rock tune about a heavenly, imaginary island, put The Beach Boys back on the map as their first Top 20 single in 20 years, and the first No. 1 hit in 22 (since "Good Vibrations").

The Beach Boys were in a tough place in 1988. Despite the all-star contributions from the likes of Culture Club and Stevie Wonder on their previous 1985 record The Beach Boys, the band was far from the heights of their early success.

To top it all off, it wasn't the Beach Boys as we know them. The band's drummer and only true surfer, Dennis Wilson, has drowned near Marina Del Rey in 1983. Their emotionally worn captain, Brian Wilson, was recording his own comeback album with the help of his manager and therapist Dr. Eugene Landy.

So when the Beach Boys were recruited by director Roger Donaldson to record a song for "Cocktail," the boys took on the gig - mostly because they couldn't afford not to - and booked the services of their longtime collaborator and music veteran Terry Melcher to produce the song.

Melcher - who'd been sought out by The Byrds and Charles Manson (yes, you read that correctly) - brought on a slew of California-rock veterans to produce the track. He reached out to his pal and co-founder of the Mamas and Papas John Phillips, whose hit "California Dreamin'" the Beach Boys had recently covered. He also reached out to his colleague Scott McKenzie, best known for "San Francisco (Be Sure to Wear Flowers in Your Hair)."

The resulting ”Kokomo” track, lauding the praises of "Aruba, Jamaica, Bermuda, Bahama, Key Largo, Montego, and Jamaica" launched the Beach Boys back into the game, selling over one million singles. The song hit No. 1 on November 4, 1988, propelling the "Cocktail" soundtrack - including the likes of Starship's "Wild Again" - to quadruple-platinum status. Most of all, "Kokomo" would keep the Beach Boys riding high for sometime, even lifting their 1989 comeback album ”Still Cruisin”’ to gold status.