Today in '85: USA for Africa Records "We Are The World" in One Marathon Session 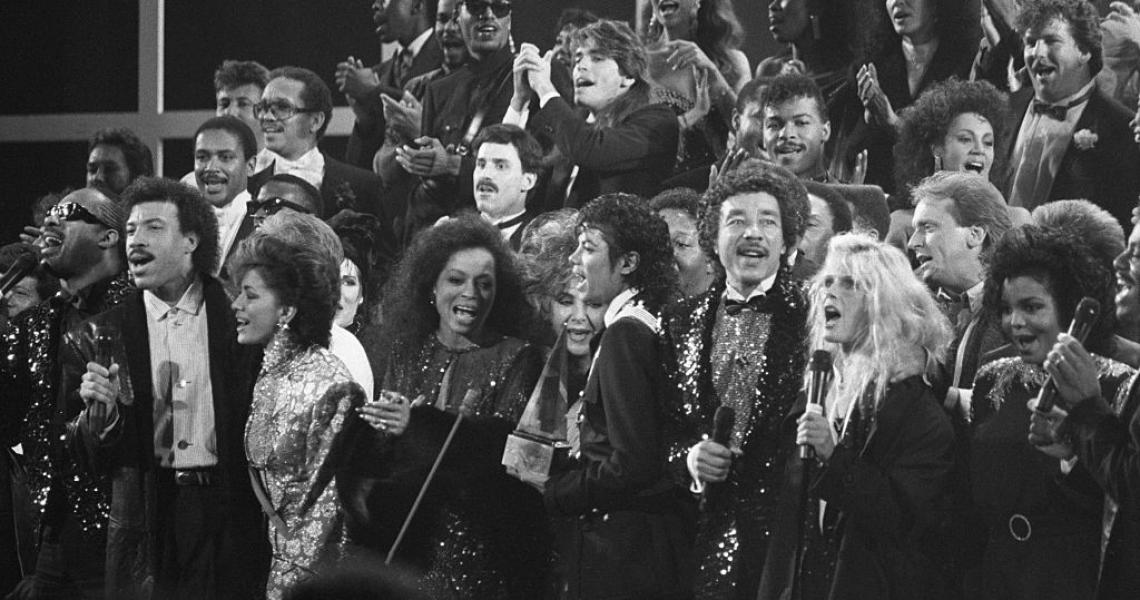 On January 28, 1985, 46 superstar vocalists joined forces at the A&M Studios in Los Angeles to partake in a marathon recording session for charity.

Initiated by Harry Belafonte as well as activist Ken Kragen in the wake of UK supergroup Band Aid's charity hit "Do They Know It's Christmas," the collaboration enlisted the talent of a fleet of music's hottest names, including Lionel Richie and Michael Jackson, who paired up to write the song.

Read More: Today in '84: Band Aid Records "Do They Know It's Christmas" In One Day

Producer Quincy Jones Jones recalled the intensive timeline in his book The Complete Quincy Jones: My Journey, "[Michael] and Lionel were [at the Jackson family's estate] hangin’, sitting around talking about Motown and old times." Jones spurred them urgently, "My dear brothers, we have 46 stars coming in less than three weeks, and we need a damn song!”

With the American Music Awards taking place the same night of the marathon recording, many stars were coming in from across town. Mindful of the song's purpose and message, Jones recommended the artists to dress casually for the recording session, famously posting a reminder at the studio's entrance to "check [their] egos at the door."

By the following morning, the packed room of celebrities had dwindled to the last men standing - Jones and Richie in the studio - who finished cutting the record. Officially released on March 7, 1985, the charity song would become the fastest-selling American pop single in history at the time, eventually selling more than 20 million copies worldwide. Raising over $63 million for humanitarian relief efforts in Africa, "We Are The World" would become the bestselling single of the decade.

It became a momentous milestone for Jones in his career, as he reflected to USA Today in 2015, "Here you had 46 of the biggest recording stars in the entire world in one room, to help people in a far-off place who were in desperate need. I know and believe in the power of music to bring people together for the betterment of mankind, and there may be no better example of this than the collective that was ‘We Are the World.’

25 years later, when the anniversary of "We Are The World" recording coincided with a devastating earthquake in Haiti, a new generation of chart-topping artists and collaborators, including Lil Wayne, Justin Bieber and Adam Levine, joined to create a 25th anniversary remake, titled "We Are the World 25 for Haiti." Jones and Richie came back on board as executive producers, with proceeds going towards Haiti relief efforts. Watch the 2010 video below.