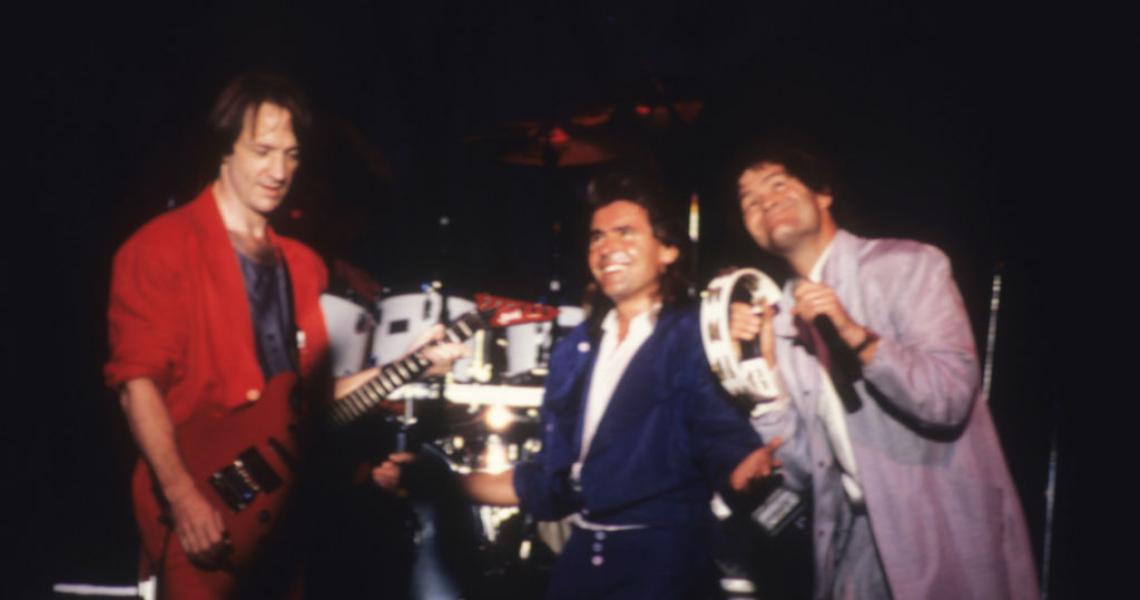 Readers of Billboard got quite a surprise in the summer of 1986, when five albums by The Monkees re-entered the Billboard 200 albums chart, definitively confirming that Monkeemania was back in a big way.

Mind you, it wasn’t as though the resurgence of Monkees fandom was something that happened overnight. Indeed, this sudden burst of new love for the band can quite definitely be traced back to a particular date: Feb. 23, 1986, a.k.a. MTV’s “Pleasant Valley Sunday,” a.k.a. when the network aired a marathon of the group's original TV series. In short order, Micky Dolenz, Davy Jones, and Peter Tork announced that they would be doing a 20th anniversary tour (fourth member Mike Nesmith had scheduling conflicts), and it was right around the same general time frame that Nickelodeon began airing The Monkees on a daily basis.

With their music in the air on a more regular basis than it had been since their initial heyday, younger fans inevitably began heading to their friendly neighborhood record stores and picking up copies of the group’s albums, along with Then & Now...The Best of The Monkees, a compilation that included nearly two dozen of the band's original singles plus three new recordings by Dolenz and Tork. For the week ending Aug. 16, 1986, as Then & Now climbed the charts, the band's first four original albums - The Monkees, More of The Monkees, Headquarters and Pisces, Aquarius, Capricorn & Jones, Ltd. - all re-entered the survey. The next month, when Then & Now peaked at an impressive No. 21, another album, The Birds, The Bees & The Monkees, joined the other five on the chart; without a doubt, there were more albums by The Monkees on the chart than any other artist, firmly cementing the group as a multi-generational band.

Of course, that cement remains rock hard even 35 years later, as most recently proven by the success of the band’s 2016 album Good Times! and its No. 14 placing on the Billboard 200, not to mention their subsequent holiday album, 2018’s Christmas Party. Lest you forget, however, the remaining Monkees – Mike and Micky – are embarking on their final tour together, so if you’re a fan and you’ve never seen any incarnation of the group, you’d best check and see if they’re playing anywhere near you!