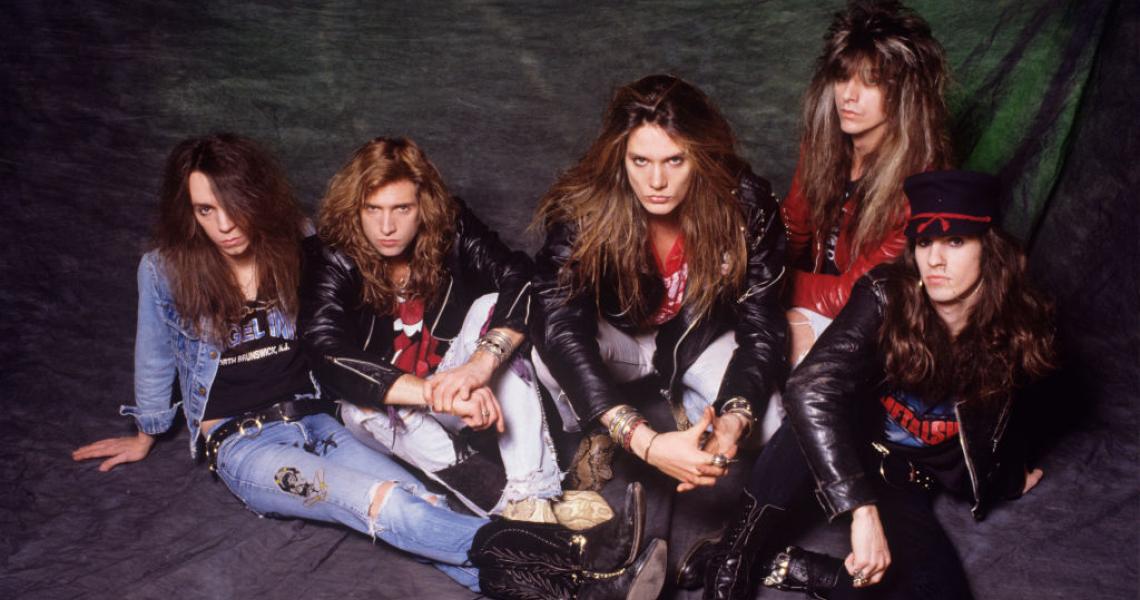 Trying to make it in the music business can be a hurry-up-and-wait sort of proposition. Just ask Skid Row, who released their debut album at the start of 1989 but didn't see it find an audience until nearly the end of that same year.

Formed in New Jersey by guitarist Dave Sabo and bassist Rachel Bolan, Skid Row had one big advantage: Sabo's childhood friendship with another aspiring rocker from the Garden State: Jon Bon Jovi. As Bon Jovi started gaining traction in 1987 for their blockbuster Slippery When Wet, they took Skid Row out on the road, impressing manager Doc McGhee. He was ready to sign the group on one condition: he didn't think their lead singer had the right work ethic. On a tip from Bon Jovi's parents, they sought out a long-haired Canadian vocalist named Sebastian Bach, who agreed to audition.

Skid Row's self-titled debut was recorded in a most unpretentious locale: a small studio in the back of a hotel in Lake Geneva, Wisconsin that had been Hugh Hefner's original Playboy Club. But the scene was a different kind of debauched. “We rode jet skis on the lake, went to concerts at Alpine Valley and went to Six Flags," Bach later told Billboard. "It was like living in the Duran Duran ‘Rio’ video, which sounds like a totally different world now that people make music in their basements and bedrooms.”

With a different kind of party atmosphere in the background, the group was able to take road-tested songs like "18 & Life" (inspired by Sabo's brother's harrowing tour of duty in Vietnam) and "Youth Gone Wild" and polish them to perfection. But despite another plum opening slot for Bon Jovi in 1989, Skid Row didn't immediately make an impact. The turnaround didn't come until that summer, when "18 & Life" was issued as a single and began a meteoric rise toward the top of the Billboard Hot 100, peaking at No. 4. In the winter of 1990, certified prom jam "I Remember You" was another smash from the album, reaching No. 6.

While Skid Row never matched the level of success of their debut and Bach would part ways with the band in 1996, the golden-maned Bach remains proud of their work. “The music has a life of its own,” Bach told Billboard in 2019. “When people hear it, they get an overwhelming sense of nostalgia, which you can take as a compliment or cringe."