The Singles Files: Felony, "The Fanatic" 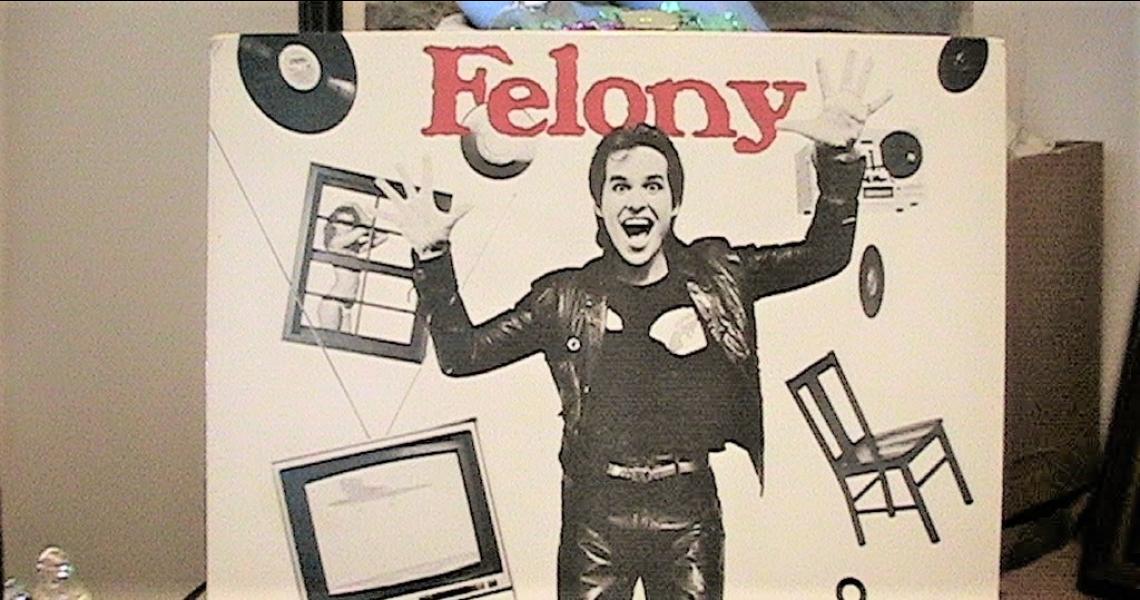 In the early '80s, L.A. band Felony was scrapping to make a name in the music business. In 1981, the group appeared in the horror movie Graduation Day, performing the song "Gangster Rock."

It wasn't long after that when the band, led by singer Jeffrey Scott Spry, would craft their biggest hit, "The Fanatic." While song got a big boost on L.A.'s influential KROQ-FM radio station, being included on the soundtrack of 1983 movie Valley Girl would be the track's main driver. The tune came with an appropriately quirky music video, featuring Spry preening for the camera to the song's herky-jerky beat.

The song would make a solid chart run, peaking on the Hot 100 at #42 in April 1983.  Going on to produce a full-length album, The Fanatic, Felony's biggest spotlight came with a performance on American Bandstand.

While Felony would go on to record two more albums, they would never recapture the spark of "The Fanatic." Sadly, Jeffrey Scott Spry would commit suicide in 1992.

"The Fanatic" still resonates in the new millennium, with the song showing up in 2011 movie, Take Me Home Tonight, starring Topher Grace and Anna Farris.