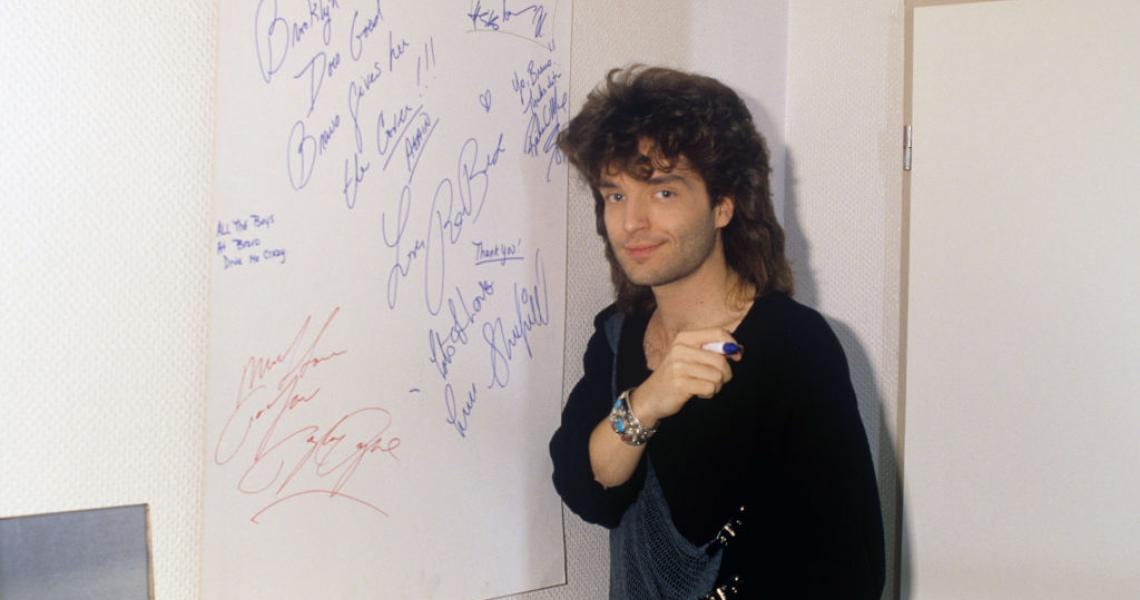 If audiences weren't familiar with Richard Marx before Aug. 12, 1989, they certainly were after. That was the day "Right Here Waiting," his third and arguably best-known No. 1 hit, peaked atop the Billboard Hot 100.

Of course, Marx was a known quantity for most of the decade, if you were a real liner notes obsessive. The son of Chicago jazz musician and jingle writer Dick Marx, Richard started the '80s as a first-call backing vocalist, adding his distinctive voice to songs by Lionel Richie, Whitney Houston and Madonna. In 1987 and 1988, his self-titled debut spun off four Top 5 singles, including a chart-topping ballad, "Hold On to the Nights." Follow-up "Satisfied," from second album Repeat Offender (1989), also topped out at No. 1.

But it was that next single that put his career into overdrive. Inspired by his loneliness as his girlfriend, actress Cynthia Rhodes, shot a film in South Africa, Marx quickly wrote "Right Here Waiting," but initially thought it was too personal to record. (Among the people he offered the track to was Barbra Streisand, who humorously suggested it wasn't in her nature to wait for men.) After changing his mind, Marx sold the heartache with a subtle backing track: accompanied only by a wave of keyboards and a classical guitar break in the middle, each playing that immediately recognizable chorus melody.

Marx notched three more Top 10 hits through 1994, but none could match the power of "Right Here Waiting." He continues to record and tour, even branching out into writing and producing for others and publishing a memoir in 2021. (His hits for others include "This I Promise You," a Top 5 smash for *NSYNC, Josh Groban's breakthrough "To Where You Are" and "Dance with My Father," the final hit single for Luther Vandross.) He and Rhodes married months before "Right Here Waiting" peaked, but divorced in 2014; he's now married to former MTV VJ Daisy Fuentes.