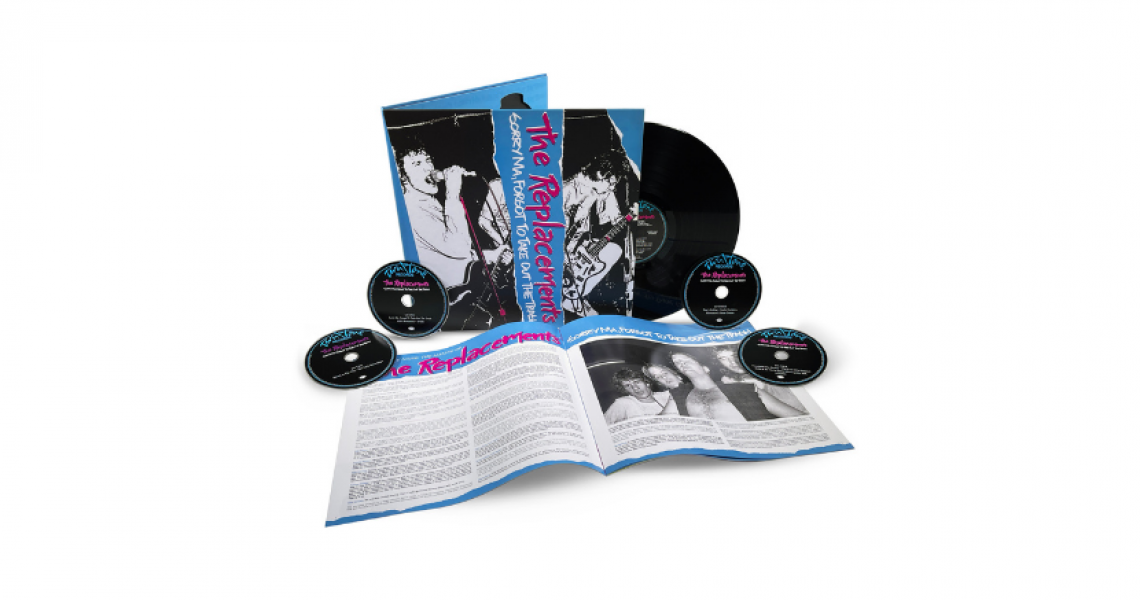 Sorry Ma, Forgot to Take Out the Trash, the raucous debut album by Minneapolis alt-rock legends The Replacements, is getting revisited for its 40th anniversary with a new box set this fall.

The 4CD/1LP set, coming to record stores Oct. 22, features the heart-pounding original album - featuring early favorites like "I'm in Trouble," "Takin' a Ride" and "Shiftless When Idle" - alongside a treasure trove of rare and unreleased material. Two bonus discs feature scores of demos, outtakes and alternate versions from the band's earliest recording sessions; a third bonus disc includes the band's first professionally-recorded concert, at the 7th Ave. Entry club in the Twin Cities. (Altogether, 67 of the set's tracks are released here for the first time.) The best of the bonus material is also collected on Deliberate Noise, the box set's accompanying LP that serves as an alternate version of the album.

Like previous deluxe editions of Replacements albums, this set comes in a 12" x 12" box packed with rare photos and detailed liner notes by band biographer Bob Mehr, who won a Grammy Award for his notes in the band's Dead Man's Pop set in 2019. A special online-only bundle will include some additional collectibles for fans, including a reproduction of a flyer for the 7th Ave Entry show, a repressing of the band's debut 7" single "I'm in Trouble," a bumper sticker and a set of pins.