Ramones in the '80s: A Real Cool Time 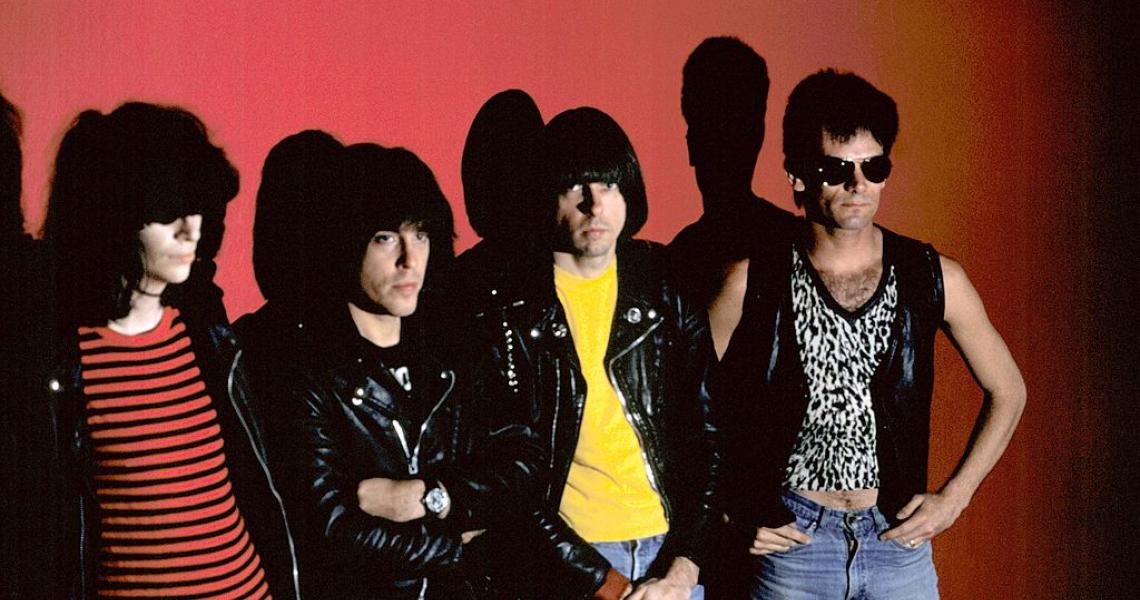 Having spent the '70s on the forefront of America's punk rock movement, the '80s were a tricky time for the Ramones. Band shake-ups, wild variations in their signature sound, the trauma of a producer threatening to shoot them - all contributed to a challenging decade.

But it wasn't all bad news - and Ramones fans will have a chance to experience that era anew with The Sire Albums (1981-1989), a 7LP box set coming to independent retailers on Record Store Day (April 23, 2022) that'll highlight this underrated era in Ramones history. Before you add it to your shelf, take a look back with us on the albums featured in this collection.

Pleasant Dreams (1981): While making 1980's End of the Century with the increasingly-unstable Phil Spector was challenging, Sire Records still thought pairing the Ramones with a well-liked pop producer was a hot ticket, and chose 10cc's Graham Gouldman to work on their next record (over the band's wishes for up-and-comer Steve Lillywhite, who'd just produced U2's debut). The band members were starting to go in different directions professionally and personally; frontman Joey Ramone's girlfriend Linda Daniele left him for future husband Johnny Ramone during the sessions, a situation that allegedly inspired the memorable "The KKK Took My Baby Away." Pleasant Dreams would be the first Ramones album with individual songwriting credits instead of group ones. "I started feeling that the Ramones were faceless; there were no individual identities in the band," Joey later said in defense of the change.

Subterranean Jungle (1983): The seventh Ramones album continued Pleasant Dreams' sonic push-and-pull toward more hard rock influences, as on fan favorite "Time Bomb." But the record's proliferation of covers (from British garage rocker "Little Bit O' Soul" to The Chambers Brothers' psychedelic "Time Has Come Today") showed Joey's love of pop music was hard to shake from the group's DNA. What would be filtered out was drummer Marky Ramone, fired after the album's release due to alcohol problems. (His dismissal was foreshadowed in the album cover photo, where his face peers out the window of a Manhattan subway train while his bandmates stand in the doorway.)

Too Tough to Die (1984): With Marky out of the picture (for now), the Ramones would move forward (with drummer Ritchie Ramone, a prolific songwriter who Joey later credited with "sav[ing] the band" while also returning to their roots, in a way. Too Tough to Die was produced by Ed Stasium, who began his career engineering and producing the group in the '70s, and ex-drummer Tommy Ramone. That back to basics approach was lauded by critics, even if sales figures didn't quite match the praise.

Animal Boy (1986): Ritchie Ramone's increased presence led to one of the most memorable latter-day Ramones songs: Animal Boy's lead single "Somebody Put Something in My Drink." This album has a lot of great songs on it, including the cheeky closer "Something to Believe In" - whose celebrity-packed video spoofed "We Are the World" - and the acidly-political "My Brain is Hanging Upside Down (Bonzo Goes to Bitburg)," whose anti-Reagan lyrics angered the staunchly conservative Johnny.

Halfway to Sanity (1987): The fuse on the Ramones powderkeg was lit once again: the band found themselves clashing with producer Daniel Rey over musical directions, and once the album came out, Ritchie departed, saying he wasn't being paid enough for his work. Here, bassist Dee Dee Ramone leads the songwriting charge on songs like "I Wanna Live" and "Go Lil' Camaro Go," a duet with Debbie Harry of Blondie.

Brain Drain (1989): Though the Ramones' last '80s album - with a now-sober Marky rejoining the group - wasn't the commercial comeback it was hoped to be, there are still quite a few memorable tracks on it. "Pet Sematary," written for a film adaption of Stephen King's book of the same name, was a radio staple, and a previously-released B-side, "Merry Christmas (I Don't Want to Fight Tonight)," found a place on this album, becoming a seasonal favorite.