Push It to the Limit: Appreciating the 'Scarface' Soundtrack 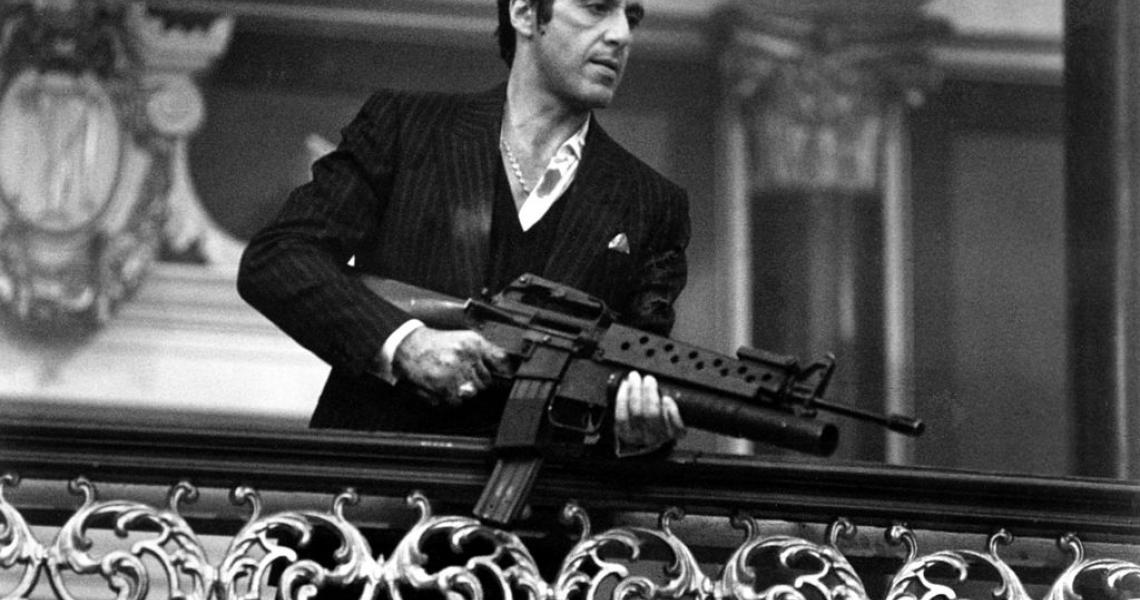 Few movies depict '80s excess quite like 1983's Scarface. The bloody crime drama, written by Oliver Stone and directed by Brian DePalma, features Al Pacino as Tony Montana, a Cuban immigrant from the real-life Mariel boatlift who becomes one of the most feared drug lords in America.

Known for its wild visuals and a larger-than-life performance from Pacino - who can forget the phrase "Say hello to my little friend!" - Scarface has developed a cult reputation for its unique electronic soundtrack. Producer Giorgio Moroder, who'd written music for Paul Schrader's American Gigolo, was recruited by DePalma to create the perfect atmosphere of "endless, disco, coked-up music" playing in Miami clubs.

The soundtrack album kicks off with one of the most famous "montage songs" in '80s history: the synth-rocker "Scarface (Push It to the Limit)" by Paul Engemann. This pumped-up, energetic song became a popular meme in the early '00s when it was paired with a stoic-looking headshot and a fake personal ad from an alleged time traveler. From there, it's on to "Rush Rush," the debut solo single by Blondie frontwoman Debbie Harry. Blondie and Moroder had collaborated on American Gigolo's smash hit "Call Me," a No. 1 hit.

Other highlights include two songs, "Shake It Up" and "I'm Hot Tonight," by singer-actress Elizabeth "E.G." Daily. Daily, who sang the dance club hit "Say It, Say It" in 1986, is perhaps best-known to '80s and '90s kids as Pee-wee Herman's would-be girlfriend Dottie in Pee-wee's Big Adventure as well as the voice of intelligent infant Tommy Pickles on the animated show Rugrats.

Moroder's synths and production make for a winning combination for '80s enthusiasts - music that DePalma has had to defend more than once. "Universal has continually wanted to put a rap score on Scarface and re-release it," the director noted in an interview - an allusion to the film's immense popularity in the hip-hop community. "And I haven’t allowed them to do it...they could obviously make a tremendous amount of money, but I said, 'That score’s not being changed.'”