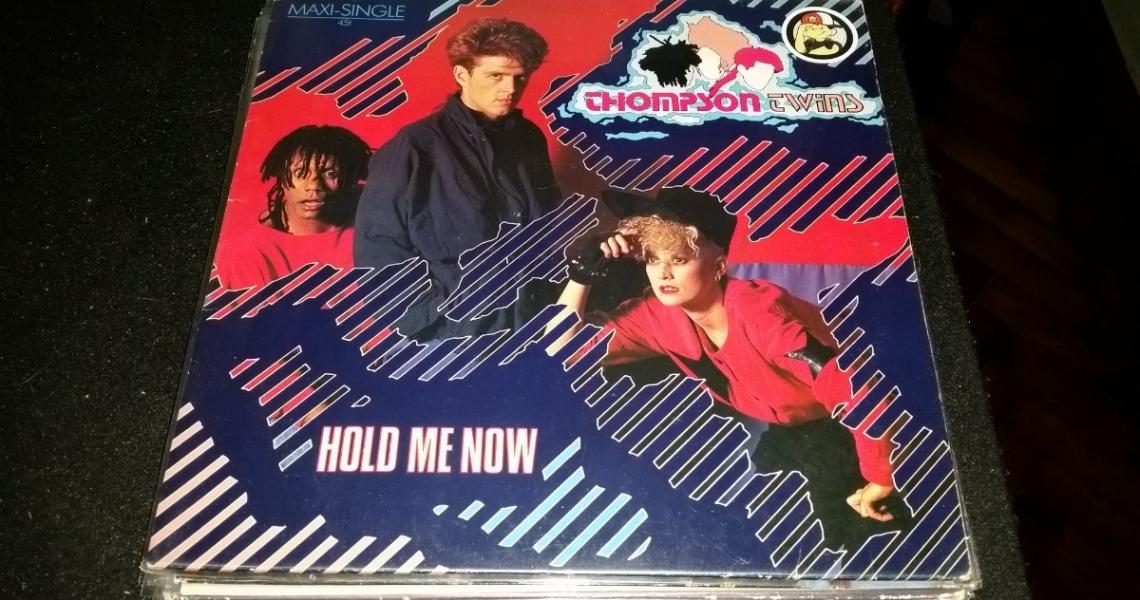 By the end of 1983, Thompson Twins were ready for a change. The upbeat UK New Wave act had broken out in a big way with with the album Quick Step & Side Kick, featuring a slew of dance-floor and underground college radio hits "Lies," Love Lies Bleeding" and "Love on Your Side."

As for the follow-up, the band look to expand its horizons with a broader sound. While the dance-floor-ready New Wave edge was still there, Thompson Twins slowed down the tempo with some songs, and with spectacular results. The album's first single, "Hold Me Now," would prove to be the charm.

"Well, emotionally, it was written as the result of some argument that was resolved between Alannah and myself," band leader Tom Bailey told SongFacts, referencing his band-mate and then wife, Alannah Currie.

"We actually decided, well, this is an interesting emotional subject. What it feels like to get back together again after separation and the kind of ideas that come up and the way that emotion and physicality somehow are brought together," Bailey added.

"'Hold Me Now' probably arrived in its most basic form within a matter of minutes, whereas some songs took hours of banging our heads and trying this and trying that," he said. "Sometimes you get lucky and inspiration delivers one on a plate, and sometimes you have to go all around the houses before you find the thing that was staring you in the face."

The single was an immediate hit in the UK when it was released on November 11, 1983, cruising to #4 on the British charts. The song would prove to be just as successful in America, released as a single on this side of the pond in February 1984, along with the full-length album, Into the Gap. It would peak at #3 in May of that year, propelled in part by the music video hitting MTV.

When the band performed at Live Aid in 1985, they were joined by Nile Rodgers of Chic. Later on in the performance, they would also welcome Madonna and Billy Idol guitarist Steve Stevens for a performance of the Beatles' "Revolution."